Live-streaming anchors promote clothing during a live-streaming session for "Double 12" - a follow up to 11.11 Singles' Day shopping festival, at the offices of Ruhnn Holdings in Hangzhou, Zhejiang province, China, Dec 11, 2019.

Xinhe United Creation Park in the suburbs of Hangzhou, the e-commerce capital of China, looks like any other business park from the outside.

Signs plastered on the building facades hint at what‘s going on inside. “Time is money”, “You’re unique”, “Nothing can replace you”, “Yesterday is history, good luck” and “Full of hope” are just some of the slogans meant to motivate the people who come here to learn one thing: how to become the next star influencer in China’s rapidly growing live-streaming market.

Hangzhou, headquarters for China’s largest e-commerce company Alibaba Group Holding (owner of the Post ), has become the hub for this new activity, which combines traditional commercial property with the live-streaming business.

Xinhe, one of the many such centres that have mushroomed across China, became a Mecca for live-streaming wannabes after it created some of the country’s top influencers, including Viya, known as China’s live-streaming diva with over 80 million followers on Alibaba’s Taobao.

The 35-year-old celebrity, whose real name is Huang Wei, was the top seller on Taobao in 2020, selling 38.6 billion yuan (S$8 billion) worth of goods, according to data compiled by Guoji, an agency tracking e-commerce data.

That is equivalent to almost a third of the total global sales of America’s oldest department store Macy’s.

Viya, who used to live stream from Xinhe in 2017, has motivated many others there by proving she could sell anything from lipstick to rocket launching services, but competition is getting brutal.

“Viya is a milestone figure. She makes people outside the industry realise that live-streaming is a very powerful sales channel,” said Gu Zhenjie, Xinhe’s operating director. “When I came to Jiubao in 2019 … live streamers would be embarrassed to say hello to others if their sales were less than 1 million yuan that day.”

Live-streaming e-commerce first began in China about five years ago. It gained popularity after the outbreak of the pandemic in 2020, prompting China’s Big Tech firms – including Alibaba and JD.com, as well as short video platforms Douyin and Kuaishou – to jostle for a slice of the market. 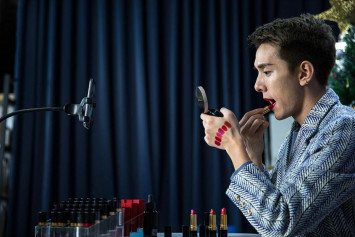 Seen as a popular way to reach out to online shoppers, China’s live-streaming e-commerce market posted annual growth of 121.5 per cent last year to reach 961 billion yuan, according to data mining and analysis firm iiMedia Research.

As of June 2020, the country had 309 million live-streaming consumers, accounting for about a third of its internet population.

Hundreds of thousands of netizens have jumped on the live-streaming bandwagon, hoping to be the next Viya. Zhang Yuanlin, who started live streaming two years ago, is one of them.

Early in June, the 27-year-old interviewed for a new job at live-streaming company Xihongshi Network Technology Co. Zhang’s seven years of experience as a radio host in Hunan province, and her perfect make-up and long, elegant dress worn for the interview, got her the job.

She is now seeking her fortune in Hangzhou.

“The biggest difference between doing previous jobs and being a live streamer is that my mood constantly changes with the sales numbers [because] I pay attention to the figures in real-time,” Zhang said, adding that her monthly salary was less than 10,000 yuan as a radio host but is triple that as a live-streaming host. 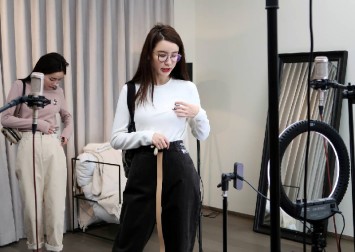 However, Viya wannabes are likely to be disappointed as the threshold for newcomers is much higher than in previous years after the rapid development of the industry over the past year. Achieving overnight fame is now nearly impossible amid the cutthroat rivalry on various platforms.

“After experiencing its first peak, the industry is actually calming down a bit,” said Gu. “It’s a sea of red now … For two years, I haven’t seen a new name on the top 10 live streamer list on Taobao.”

Gu uses the Chinese buzzword nei juan , or involution, to describe how the industry has matured and fierce rivalry is weeding out the lower quality players. This means only the best live streamers and high-quality brands can survive and make money.

“It is pretty obvious this year that more tenants [at Xinhe] are merchants with proper brands. If you don’t have brands, it is very hard to survive at Xinhe,” Gu said.

The rapid growth and higher visibility of the sector has drawn increasing scrutiny, with some live streamers being accused of misrepresenting their products and services, as well as faking sales numbers.

In a high-profile case last year, a well-known streamer called Xinba was fined 900,000 yuan and blocked from Kuaishou’s platform for 60 days after the market watchdog in the southern city of Guangzhou determined that he had promoted fake bird’s nest soup, an expensive Chinese delicacy. 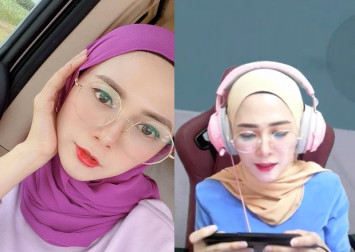 On a national level, tighter regulations have reined in the unchecked growth of the industry as part of Beijing’s tougher oversight of China Big Tech. Two months ago, China’s internet watchdog and six other regulators jointly released new rules to regulate live-streaming in the booming e-commerce sector.

Platforms like Kuaishou are now required to create a list of products and services that are either unlawful or unsuited for sales through live-streaming, the Cyberspace Administration of China (CAC) said on its official website.

Under the new rules – also promulgated by the Ministry of Public Security and the State Administration for Market Regulation (SAMR), among others – behaviours such as peddling fake products, falsifying view numbers, promoting pyramid schemes, and engaging in gambling and fraud are deemed illegal.

For newcomers like Zhang, there is the daily pressure of trying to break out as the next internet celebrity. Every day she watches the live-streaming sessions of top hosts to try and learn from them, but does not have the time or the resources to achieve their status.

Although Zhang has only worked in the industry for two years, she is starting to think about her next move.

“My voice is already hoarse,” she said, noting that being a live-streaming host is a career for young people, so she may switch to working as an agent for new talent in future.