It was a click that was heard around the world. Early last month, the send button was pressed on a post on Chinese tennis pro Peng Shuai's Twitter-like Weibo account.

The post alleged sexual assault against a former senior Chinese politician, a claim that was equally sudden and explosive, coming out of nowhere and rippling around the country before censors stamped out mainstream discussion online.

Nevertheless the post continued to be relayed as screenshots, graphics, links and even on blockchain, encouraging members of China's embattled #MeToo movement.

"This is the beauty of #MeToo. It cannot be pre-empted because no one can foresee who and when will be the next victim brave enough to speak up," activist Huahua said.

"This very nature of #MeToo continues to breathe life into the movement despite clampdowns."

The claims posted on Peng's account alleged the former high-ranking official pressured her into having sex. The post cannot be verified independently because Peng disappeared from public sight after it went online.

But it is just the latest in a long list of sexual assault allegations that have surfaced in China in recent years only to be pushed back down out of public view.

It came three years after Huahua went public with her own claim of sexual assault against Lei Chuang, a former leading campaigner on hepatitis B discrimination.

Huahua alleged Lei sexually assaulted her in a hotel room in 2015 — an allegation he denied, saying it was a consensual relationship.

"It is hard for an outsider to feel the strength of #MeToo if you aren't part of the women's rights community in China," Huahua said.

While there was blanket silence in China, the allegations attracted international attention as top active and former tennis players including Naomi Osaka and Billie Jean King spoke out about concerns for her safety.

Those concerns were amplified when Women's Tennis Association head Steve Simon demanded that the tennis player's allegation "be investigated fully, fairly, transparently and without censorship". The WTA statement also identified the Chinese official as former vice-premier Zhang Gaoli, who retired in 2018.

Not satisfied with Beijing's response, the WTA went one step further last week to say it was suspending all of its tournaments in China, prompting a rebuke from foreign ministry spokesman Wang Wenbin, who said China was "against behaviour politicising sport".

Peng's case is unusual in that it has attracted the attention of members of the international sporting elite. But as with other #MeToo cases in China, public discussion has been deadened.

The #MeToo movement, as known as #WoYeShi in Mandarin, began in 2017 with Guangzhou-based freelance journalist Huang Xueqin speaking out about her experience of workplace sexual harassment.

Other women joined her online, airing their own allegations of sexual harassment, particularly on university campuses.

The cases made national headlines and eventually toppled a number of prominent academics in 2018.

As the movement picked up steam, dozens more women detailed their experiences, exposing high-profile abusers in the worlds of charity, religion, entertainment and media.

One of the women who came forward in that time was Zhou Xiaoxuan. In a landmark case, Zhou last year sued one of China's most prominent TV presenters, Zhu Jun, accusing him of sexually harassing her in 2014. She demanded a public apology and 50,000 yuan (S$10,750) in compensation.

But the Chinese court threw out her case in September, citing insufficient evidence. Her Weibo account and those of supporters were also suspended or deleted for posting information about the case and offering support to Zhou.

Meanwhile Huang, who started the movement, has been detained on allegations of "inciting subversion of state power".

"This is the beauty of #MeToo. It cannot be pre-empted because no one can foresee who and when will be the next victim brave enough to speak up" said Huahua, activist. 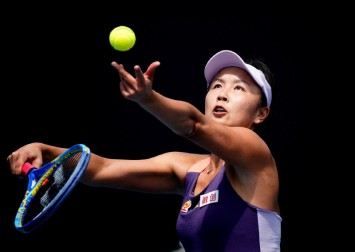 Liang was forced to leave China five years ago after her family and colleagues were threatened by state security officers in response to her activism.

Now living in New York, Liang said repression via online bullying of women wanting to share their #MeToo stories had risen significantly in the past year.

She said internet trolls had targeted people in the movement, branding them as "supporters of Western powers tearing the Chinese society apart".

"Peng Shuai's story is a testament to how influential and powerful #MeToo can be," Liang said.

Lu Pin, another prominent Chinese feminist based in New York, agreed, saying the case definitely helped pushed the movement to a "new peak".

"The private lives of top party officials remains gossip material for ordinary Chinese citizens. This is the first time we get to hear from a woman victim to reveal the dark side of top party officials. This means a lot," Lu said, cautioning that it was still too early to say what the full impact would be.

Luwei Rose Luqiu, assistant professor at Hong Kong Baptist University's department of journalism, was less optimistic. She said she felt there was never enough space for #MeToo to evolve into a real social movement in mainland China.

"We are only seeing individual cases. Any attempt at an organised social movement or collective action is nipped in the bud. It's hard to measure how widely known is Peng Shuai's case in China due to the censorship," Luqiu said.

She said that in the overseas Chinese media, Peng's case was largely framed as a power struggle among different political camps within the party, rather than as a women's rights issue, as discussed in international media.

"The difference in perceptions and the Chinese government's effort in spinning the narrative of Peng's story meant that some of the key messages were undermined, and raised questions about whether there would be any official investigation. It also overlooked how courageous was Peng to speak up," Luqiu said. 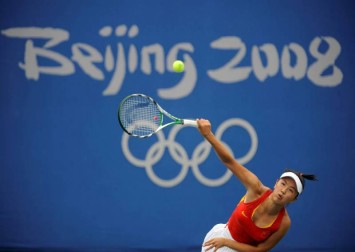 Lu Pin said an official investigation into the sexual assault accusation was unlikely because of the threat to "the legitimacy of the party state". In any case, her top concern was for the fate of Peng and others in China.

"The government will definitely punish us because the movement is now challenging top officials. Crackdowns go hand in hand with every progressive social movement in China.

This has been a constant tug of war between the government and the civil society," Lu said.

"We can't control what the government will do. People are scared and worried, but this is our fate. We have to fight against our fears.

"If it wasn't for the strong statements issued by the WTA, I really don't know when we would get to see Peng Shuai's face again because so many people just disappeared like that in China after speaking out against the power."

Despite the difficulties, Huahua, who continues to try to raise awareness against sexual harassment in China, said she still believed in the power of women who dared to speak up.

"There is something that can never be censored, like our free will. I am definitely inspired to carry on and very honoured to have played a part in China's #MeToo movement."