The black market for human placentas is thriving in China, despite the banning of the practice more than a decade ago, an investigative report has found.

People who buy fresh human placenta believe it has healing properties and will either cook and eat it, or process and it to businesses for use as traditional Chinese medicine (TCM), news portal Thepaper reported on Monday (March 15).

For many mainland Chinese human placenta or ziheche as it is known in TCM, is believed to be a legitimate treatment for those with weak immune systems and for help treating various illnesses such as tuberculosis and hypohemia, and for reproductive health.

According to the report, the trade in illegal placentas is mainly based in Bozhou in Anhui, Pizhou in Jiangsu, and Yongcheng in Henan. Traders collect placenta at around 80 yuan (US$12.30) each from hospitals, medical waste plants — even funeral homes.

There are no regulations meaning there are no checks to determine whether the organs contained contagious viruses like hepatitis B, HIV, or syphilis.

Lin Xiu, an obstetrician from The Reproductive Hospital of Guangxi Zhuang Autonomous Region, said eating placenta is no different from eating meat but that placenta has no special function when consumed.

“But if the mother has got infectious diseases, the placenta will also carry the virus,” she was quoted as saying.

“Conventional cooking methods can not kill those viruses. Only like the steamed disinfection used in hospitals to disinfect surgery equipment can do [that].”

Pizhou resident Liu Yi, not his real name, said he has been selling placentas since 1996. His family processed 130,000 fresh human placentas last year, he told the news website.

Another Pizhou man, Yan Jun, also an alias, said his family processes over 7,000 human placentas a month to be turned into dry goods with a combined weight of 700 - 800 kg.

Both men said they earned about 5 yuan (S$1.03) per dried placenta.

Yan said in the past, it was easy for him to get placenta from hospitals. But after the strict crack-down in recent years, he had to turn to medical waste disposing plants or middlemen to get placenta. One of these contacts is a cleaner in a hospital in Ezhou of Hubei, said Yan.

The Ministry of Health states that that the placenta is owned by the woman who has given birth. When the new mothers decide to abandon it, hospitals will dispose of the organ – usually as medical waste.

Read Also
Mother of twins: I stir-fried and ate my placentas 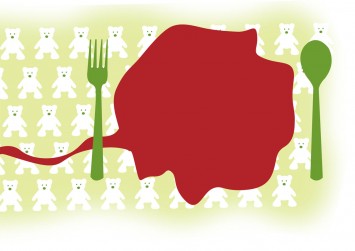 On online shopping platform Taobao, placenta from a boy is sold at 480 yuan (US$73) and 450 yuan (US$69) from a girl. The price difference is due to a long-term belief in China that a baby boy’s placenta has stronger health benefits.

Online sellers often use vague or cryptic language to disguise what they are selling to avoid detection by authorities.

One shop owner said many of his consumers cook soup with the placenta.

“I have bought placentas multiple times. I stewed it or chopped it into stuffings for dumplings,” one person wrote on the shop website. “After eating the placenta, I feel my sleep quality has improved and my skin has become better.”

The pharmaceutical placenta trade falls into a grey area; although the Ministry of Health banned the trade of human placentas in 2005, there is no law forbidding the sale of drugs made from Ziheche and no stipulations on the origin of the material.