Domestic violence: Chinese husband applies for a protection order to keep his allegedly abusive wife away saying she has been stalking and harassing him.

A court in China has granted a protection order to a 49-year-old man who alleges he has repeatedly been physically abused by his wife.

The Paper reported that Li was worried for his safety after suffering alleged long-term violence at the hands of his wife, surnamed Bai.

Li said that ever since the couple married in 1997 they have had a toxic relationship.

Over the past two decades, Li said he has been attacked constantly by Bai, whom he accused of stalking and harassing him. Li said he was even once bitten by Bai.

Li decided to seek the protection order because he said he could no longer endure the violence and reported the matter to local police recently. After submitting evidence of the abuse and supporting medical records, the police suggested Li seek legal intervention from the courts.

A court ruled on the matter on the same day Li filed his application. Bai refused to accept the official verdict and launched an appeal against the order. However, the court dismissed her application after she failed to present any evidence to support her request.

After news of the story reached Weibo it started a widespread conversation about domestic violence, especially the rights of male victims which are rarely discussed in China.

"Why do people try and provoke confrontations between men and women? When domestic violence happens, what does gender matter?" said one commenter.

"I would like to hear what his wife wanted to say," another person commented.

A user who identified himself as a teacher said: "I strongly support the launching of a commission to protect the legal rights of married men in China."

However, some sought to blame the victim by stereotyping about gender role behaviours like one commenter. "Was it because of the man's cheating? Otherwise, women are generally very tolerant. It must be the man who made a lot of mistakes, right?"

A lawyer from a Guangzhou-based law firm told the South China Morning Post that abuse of men remained a largely hidden issue in China due to social stereotypes about domestic violence and gender.

"The percentage of domestic violence committed by women against men is smaller than that committed by men, but it doesn't mean it does not exist," he said.

"Our society is most likely to judge from the viewpoint of women, and look for evidence of wrongdoing by men, even when they are the victim.

"Sometimes men are not aware of their own suffering when women conduct non-physical assault like verbal abuse, coercion or restricting personal freedom."

He added: "No matter men or women, the perpetrators should be stopped and punished. China's Anti-Domestic Violence Law which was adopted in 2016 regulates that all citizens have the right to apply for personal safety protection orders. And according to the Civil Code, domestic violence is a valid legal reason for divorce." 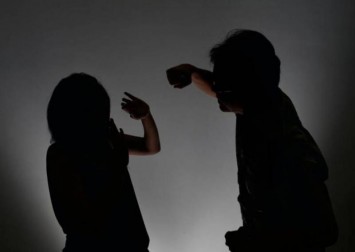 In 2021, the Supreme People's Court released a report that the national courts had approved a total of 7,918 protection orders between 2016 and 2020.

The All-China Women's Federation and National Bureau of Statistics jointly issued a report in 2018 that found that 22.9 per cent of women and 19.9 per cent of men had experienced domestic violence.

In 2012, the Peking University Health Science Center published a survey on domestic violence in seven provinces that spoke with 2,810 families. It found that 26.1 per cent of women surveyed admitted to carrying out acts of violence against their husbands, while 27.8 per cent of men said they suffered domestic violence.