'I think you are fine': Investigation after young Chinese woman dies because no ambulance was dispatched

A woman in China died after a dispatcher did not send an ambulance after she called for emergency help.

Authorities in central China are investigating the emergency response department in Zhengzhou, Henan province, after a father blamed the dispatchers for a slow response he said was responsible for the death of his daughter after a brain haemorrhage.

Dispatchers did not send any emergency vehicles for Peng Xinjun, a 20-year-old student at Henan University, despite an eight-minute call with emergency service operators on May 17, the father claimed on social media last week.

In the call, the young woman said she was at university but could not provide a detailed address, so the emergency phone operator did not dispatch an ambulance. The father, surnamed Peng, said this meant his daughter "missed the best time for treatment ".

An ambulance was only dispatched two hours later when the woman's roommate found her unconscious in their dormitory and called for an ambulance.

The sick woman was unable to breathe independently when she was admitted to the hospital, and she died on May 30 from cerebral haemorrhaging.

"[The emergency department] called back several times after their first conversation, but my daughter could not pick up as she had already passed out," said the father on Weibo on Saturday (June 4).

According to the audio released by the father on Weibo, the daughter was alone in her dormitory when she suddenly fell ill and called the emergency response department.

She gave her location correctly as "Henan University's Zhengzhou campus" and was asked to provide a street address.

At this point, Peng sounded as if she was no longer thinking clearly and she made a mistake. She said she was at the school's "Minglun campus", which is in the nearby city of Kaifeng.

Read Also
'Such a Karen': Netizens lash out at woman who ranted about the 'incompetence' and 'stupidity' of 995 operator 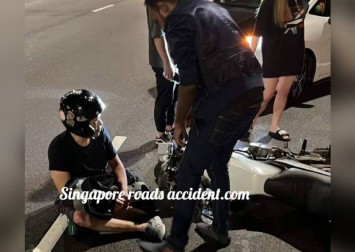 When the operator asked again for a street address, Peng could no longer respond and started to groan. The operator then became agitated and told Peng:

"You will just have to stay there if you do not co-operate … you are in your twenties and in college," she said.

The call ended when Peng did not respond and the operator said, "I think you are fine."

Zhengzhou's health commission announced on Friday that it would launch an investigation into the incident after the father shared a recording of his daughter's call with the emergency centre, triggering a public outcry.

"The city government is taking very seriously the online accusations of delayed treatment of a college student by Zhengzhou's emergency services department. The health commission has set up an investigation team," it said.

Peng's father asked whether the operator was qualified and had received proper training.

"Why wasn't an ambulance dispatched until two hours after the call? What are the protocols for emergency response after the emergency centre receives a call?" he asked.

"If an emergency call cannot save a life, what can we trust?" he wrote.