The Jumbo Floating Restaurant in Aberdeen.

Hong Kong could lose its Jumbo Floating Restaurant as early as next month after its owner on Monday (May 30) said it was running out of money to keep the structure in good condition, as talks over donating the iconic attraction to Ocean Park stalled.

The possible loss of the tourist attraction known the world over prompted calls for the government to offer financial assistance, at least until a solution over the permanent home for the structure was found.

The restaurant has been closed since early 2020, with its owner reporting an accumulated loss in excess of HK$100 million (S$17 million) after the Covid-19 outbreak devastated the tourism and catering industries already under strain since the social unrest in 2019.

Critics said the loss of the floating landmark would make a mockery of the government’s ambitious plan to “invigorate” the Southern district, of which the restaurant formed a key element.

Parent company Aberdeen Restaurant Enterprises on Monday said it would look for a new home for the restaurant outside the city as it could not afford the costs of maintaining the facility to meet the government’s requirements.

“Over the past year, [the company] has had discussions with more than a dozen companies and organisations regarding its unconditional offer to donate the Jumbo Floating Restaurant,” it said. “However there was no taker, with all parties citing high operating costs.”

Aberdeen Restaurant Enterprises is a subsidiary of the listed Melco International Development.

The company said it still had to spend, on average, millions of Hong Kong dollars annually on inspections, repairs and maintenance to meet its licensing and other requirements, “a heavy financial burden for the company and its shareholders in the current economic environment”.

“Given the heavy toll that the fifth wave of the pandemic has taken on the economy, we do not foresee that [Jumbo] can resume business in the immediate future,” it added.

Part of the problem was the lack of a dry dock for the massive structure, the company argued, which necessitated the move to another location for the required inspection, repair and storage.

“We are looking for a suitable berth to reduce costs while we wait for a new operator to appear and find a way out for the project,” the company said.

It was understood there was no immediate plan for the company to move the restaurant back to Hong Kong after the maintenance work.

Lo Kin Hei, of the opposition Democratic Party and former chairman of the Southern district council, expressed “extreme regret” over the company’s decision.

“Jumbo is a collective memory of Hong Kong people and it also witnessed the development of Aberdeen,” Lo said. “Whether in terms of cultural preservation and heritage importance, there is no doubt about its value.

“The government should intervene without delay before another world-renowned and unique destination of Hong Kong disappears.”

Lo urged the government to pay the maintenance costs or exempt it from the licensing requirements for the time being.

“The chief executive has said in her policy address that the floating restaurant would be revitalised,” he said. “One can’t help asking why it can end up like this.”

Chief Executive Carrie Lam Cheng Yuet Ngor announced in her 2020 policy address the “Invigorating Island South” initiative that aimed to transform the district into a place of “vibrancy for people to work, live and explore”. 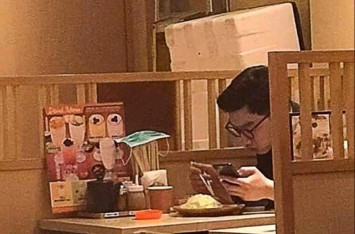 At the centre was the “rebirth” of the then cash-strapped Ocean Park. Lam pledged that the restaurant would also be revitalised after its owner agreed to donate it to Ocean Park.

The government said at that time that it would facilitate the collaboration between the park and non-governmental organisations to revamp the floating restaurant on a non-profit-making basis and turn it into a cultural heritage and tourist attraction.

Southern district councillor Jonathan Leung Chun, of the Liberal Party, said he appreciated the difficulty the company faced and urged the government to intervene.

“I cannot see another immediate way out, except that the government is willing to subsidise the maintenance of Jumbo,” Leung said. “The government should also explain to the public how it is going to proceed with its Invigorating Island South campaign or if it is that Jumbo is no longer part of the project.”

In a reply to the Post, the Tourism Commission on Monday confirmed no progress had been made in negotiation between Jumbo’s owner and Ocean Park over the offer to donate the floating restaurant to the park.