The Indian military says it took countermeasures after China stepped its military presence and infrastructure development along the disputed LAC.

China has accused India of making unreasonable demands in their latest round of talks as the two neighbours continued to blame each other for the latest flashpoints on their disputed border.

India rejected the accusation, saying its suggestions to improve the situation were not accepted by China.

Long Shaohua, spokesman for China’s Western Theatre Command, made the claim after the 13th round of commander-level talks between the two militaries, held on Sunday (Oct 10) in Moldo, on the Chinese side of the Line of Actual Control (LAC) in eastern Ladakh.

“During the talks, the Chinese side has made great efforts and fully demonstrated its sincerity to promote the de-escalation of the border situation,” Long said in a statement.

“But the Indian side still insists on unreasonable and unrealistic demands, making the negotiations more difficult.

“China’s determination to safeguard national sovereignty is unwavering and we hope that the Indian side will not misjudge the situation.”

He urged India to prove its sincerity about working with China to achieve peace and stability on the border.

This was the latest round of discussions since May last year when frictions broke out at multiple locations in the border region.

Before the talks, General Manoj Mukund Naravane, the Indian Army chief, said China had been ramping up its military presence and infrastructure development along the disputed LAC, and India had taken countermeasures in response.

In Beijing, state-owned China Daily on Saturday published a report rejecting Indian media reports that about 200 Chinese border troops had been detained by Indian counterparts for crossing the LAC.

It said a routine patrol had been “unreasonably obstructed” late last month, the Chinese soldiers took countermeasures after being obstructed and returned after completing their mission. 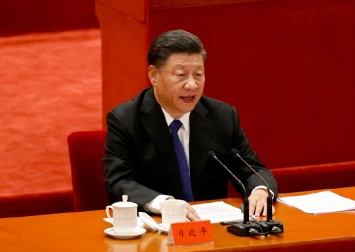 China has carried out several high-profile military drills in Tibet and Xinjiang, which observers viewed as warnings to India.

A statement released by India after the talks said tension had been caused by “unilateral attempts of the Chinese side to alter the status quo, in violation of the bilateral agreement”.

“It was, therefore, necessary that the Chinese side take appropriate steps … to restore peace and tranquillity along the LAC,” the statement said.

It said that during the meeting, the Indian side made “constructive suggestions” but that China did not agree and “also could not provide any forward-looking proposals”.

According to The Hindu, Sunday’s talks lasted for 8½ hours, one of the shortest so far between the militaries.

The two sides agreed after the 10th round of negotiations in February to disengage their troops around Pangong Tso, but since then little progress has been made, and points of friction remain.