Ingredient scandal: China outrage after news that Magnums are not made with fresh milk

Ice cream giant Unilever has admitted to using powdered milk in Magnum ice creams in China while using real milk in products sent to other markets such as Europe, after a month of intense online speculation.

Xinhua reported sales of Magnums in China have been surging by more than 20 per cent annually for the past few years making the country the ice cream’s biggest market in the world.

Unilever has been under fire for the last month after internet users revealed the company’s lower standards for Chinese consumers of Magnums, one of the most popular ice creams in China.

“In the past, I liked to eat Magnum. After seeing this news, I feel speechless. I won’t buy it any more,” posted one outraged Magnum lover on Baidu.

“I think this incident reminds us that in future, we should look at ice creams’ ingredients, rather than only focusing on flavours,” another user said on the website.

The company uses a combination of milk powder and water in Magnums produced in China while using concentrated milk and water in its European product, Zeng Xiwen, global vice-president of Unilever said on a business news programme on CCTV on Thursday.

Zeng said it was difficult to transport fresh milk from Europe to China, and said using domestically produced milk, there would be a “supply problem”, but did not elaborate as to whether this was because of the quality of local milk. 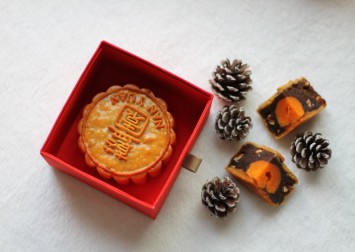 In another interview with Xinhua earlier this month, Zeng said they do not use fresh milk when producing Magnums in China for a range of reasons including the stability of milk supply, quality control and export demands.

But Song Liang, an economist from the China State Farm Dairy Alliance, a grouping of leading domestic dairy producers, said cost is an “important” factor for Unilever to make the decision, CCTV reported.

However, Zeng rejected this claim.

“From the cost perspective by considering multiple factors including transportation, using local-produced fresh milk is a better way to lower the cost. In other words, fresh milk does not completely equal high-end things,” Zeng told Xinhua.