Internet played a role in easing pandemic in China

The quickly developing Chinese internet industry contributed to ensuring normal work and studies during the Covid-19 pandemic, according to a report issued by the China Internet Network Information Centre.

Although China was hit hard by the novel coronavirus epidemic over the past few months, "Our internet industry still showed its great developmental vitality and resilience, not only playing a dynamic role in fighting the disease, but also becoming a key force for our country to face new challenges and promote new economic growth," said Wu Tienan, deputy director of the centre.

He made the remark while explaining a report on Chinese internet development at a news conference on Tuesday.

The report shows that internet users across the country totaled 940 million as of June, up 36.2 million from March.

"Thanks to prosperous online services, many difficulties in travel and face-to-face activities during the outbreak have been solved," said Zhang Xiao, a deputy director of the center.

By the end of June, those who received online education had reached 381 million. Additionally, those who used the internet for medical care increased to 276 million, and there were 199 million people who worked remotely online, according to Zhang.

She shared her own experience using an online medical service, recalling she asked for help when she felt pains in her arms and legs amid the outbreak.

"After I talked about my problem, a doctor online quickly gave me a response, telling me the pains were caused by intense exercise and suggested I not do too much," she said. 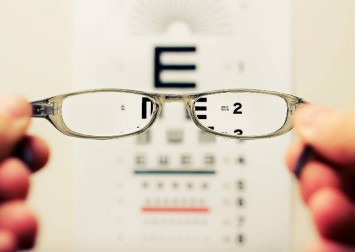 She lauded online educational services in helping children's studies at home early this year, but added that the utilisation rate of relevant internet applications was not as high as in March after the outbreak was brought under control nationwide and schools gradually reopened.

In addition, the number of the country's livestreaming users reached 562 million by the end of June, 309 million of whom are engaged with e-commerce livestreaming, according to the report.

"Livestreaming e-commerce, which turned out to be the fastest-growing internet service in the first half of this year, has become a powerful force in improving the transformation of traditional industries and promoting sales of agricultural products," Zhang added.

The report also said the country has achieved a lot in network construction, internet governance and cybersecurity protection.