An attempt to turn annual military-style bootcamps into an online course was ridiculed in China.

A vocational school in northern China that planned to conduct its annual military-style boot camp online scrapped the plan after intense public criticism.

China Newsweek, a mainland weekly magazine, reported that Lanfang Health School in Hebei province had tried to integrate the common tradition with online learning as it grappled with strict Covid-19 policies.

Despite the fact that the city, Lanfang, had no reported Covid-19 cases, the school laid out a plan in which 5,000 students would self-report their "military lifestyles" at home.

The original plan asked students to check in online at 6am every morning, video themselves tidying up their rooms and practising basic formations, marches and combat moves.

After the plan was ridiculed, a staff member from the school said it had cancelled the annual training exercise.

"Many complained that students would not achieve the expected results from this online military training, so we decided to postpone it until students are allowed to return to school," he said.

However, the staff member added: "The idea was based on a directive from the provincial education department. It was not something we did on a whim."

An anonymous student was quoted in the report as saying: "Normally military training aims to cultivate endurance and improvements in health and fitness, but I do not think we can achieve these goals through online training.

"There is no way to exercise discipline through the screen," he said. 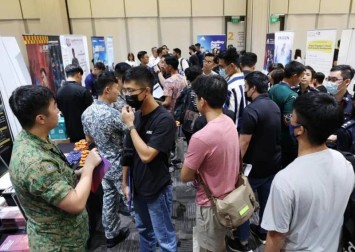 It is typical for Chinese secondary and tertiary schools to hold a two-week military-style training for their students at the beginning of a new academic year.

The aim is not only to learn basic military skills but also to teach them about discipline, improve their overall health and help them form strong bonds with their peers.

After news of the online event went viral, people on the internet were quick to pile on.

"Isn't this the same as fighting a war on paper?" asked one Weibo user, while another commented: "This is really a joke."

The Hebei school is not the first one to find itself struggling to navigate the traditional military training amid China's strict Covid-19 prevention restrictions.

In July, a little-known university in Inner Mongolia became famous after it said the previous year's class had completed its online military service "with both quality and quantity", according to a statement it issued.