'It's police work': Officer in China probed over $1,148 meal he had 5 years ago without paying

A Chinese police officer is under investigation for not paying an expensive restaurant tab.

A police department in Shanghai has launched a probe into an officer who won a lawsuit after a restaurant said he refused to pay for a nearly 5700 yuan (S$1,148) feast he enjoyed over five years ago.

The officer, surnamed Xia, splurged on the meal and even bought a bottle of the expensive Chinese liquor Mao-tai.

Despite not paying for the bill, Xia won the lawsuit because the court declared he was investigating the restaurant's alleged illegal selling of protected animals, according to a court verdict issued last month that went viral online this week.

Concealing his identity as a police officer, Xia invited three other people to join him in the restaurant in May 2017.

It specialises in snake meat hotpot, and the four ate dishes of wild game and drank the Mao-tai, which usually costs several thousand yuan, the Baoshan District People's Court said in its verdict.

The meal cost 5,688 yuan, but Xia only paid 300 yuan for cigarettes and never footed the rest of the bill.

One day before that meal, the owner, surnamed Ge, was detained by another group of officers on suspicion of selling endangered wildlife.

A day before that, they seized three cobras, a protected species, from the restaurant, the verdict showed.

Ge was later convicted and jailed for over four months and fined 1,000 yuan. 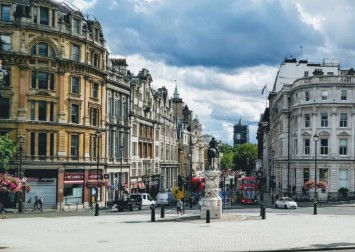 A staff member of the court told the South China Morning Post on Friday (Sept 16) that Ge has appealed.

Shanghai's public security bureau responded in a statement on Thursday that it would look into the case amid mounting public pressure after the story went viral.

There has been heated discussion on whether eating wild animals and drinking top brand spirit were a necessary part of the investigation despite the decision made by the local court.

"Do policemen also not have to pay for services when an investigation requires them to travel around the whole country?" one Weibo user asked.

Another joked: "Maybe he drank the Mao-tai just to check if it was fake and illegally made."