Members exercise at a Beijing gym earlier this month after lockdown restrictions were eased.

“Be quick!” Wang Yun urged his colleague as they raced to a park near their office in downtown Beijing to grab a spot for a lunchtime badminton game.

Wang, a 32-year-old logistics manager, said he had given up the game several years ago, but a few weeks ago had decided to start playing again.

“Now I play for 30 minutes every day,” he said. “It makes me feel energetic.”

Even at the height of the coronavirus outbreak, people were still visiting the park for exercises such as jogging, tai chi or fan dancing – all wearing masks.

Now, even though there are warnings everywhere telling people to maintain social distancing, it is becoming increasingly crowded – which means Wang’s dash to grab one of the spaces suitable for badminton has become as much a part of his daily routine as the game itself. 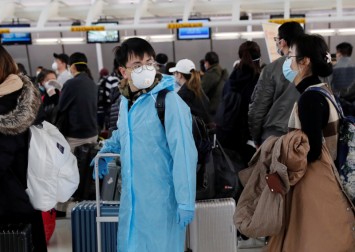 “Whenever I enter the park, it’s crowded. And day by day, there are more and more people exercising, whether they are grey-haired grannies or chubby school boys,” Wang said.

“I think the coronavirus made all of us realise health is vitally important.”

This message is the one the authorities are keen to promote and back in February, when large parts of the country were in lockdown, officials were already encouraging people to keep fit despite the restrictions on their movements.

Peng Weiyong, from the General Administration of Sport, told a press conference in February that exercising would help people to “stay healthy and enhance their immunity”.

One role model Peng promoted was none other than Zhong Nanshan, the respiratory diseases expert who was one of the first people to warn that Covid-19 could be transmitted between humans.

Despite his heavy workload, Zhong is still a picture of health at the age of 84.

He is known to be fond of swimming and running and videos of the doctor weight-training at home have circulated extensively on the Chinese internet.

“I admire Dr Zhong,” Wang said, “I was inspired by the videos and determined to start working out.”

Read Also
Dancing with disinfectant: China's nightclubs back in the groove post-Covid-19 lockdown 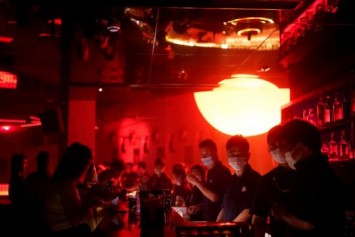 Earlier this month, Wang Yang, a member of the Politburo Standing Committee, the country’s top decision-making body, said demand for sporting facilities and places to exercise was “surging” and said he would meet officials to discuss how to meet this demand.

For example, in March Nike said its overall quarterly sales had dropped by 4 per cent compared with the previous year - largely due to closing half its stores in the country. But online demand boomed, with sales rising by 30 per cent over the same period.

It would be unsurprising if the current pandemic gave people a greater incentive to keep fit, as something similar happened in China following the severe acute respiratory syndrome (Sars) outbreak in 2003.

According to Suning Institute of Finance, a think-tank affiliated with China’s e-commerce giant Suning.com, sales of sports equipment in the second half of 2003, after the outbreak had peaked, rose by 30 per cent compared with the same period the previous year.

However, it could be a long time before the Covid-19 pandemic is brought under control.

The number of people living under some form of confinement measures will reach 2.8 billion people worldwide at the end of this month, according to the International Energy Agency.

Dr Soumya Swaminathan, the World Health Organization’s chief scientist, told a seminar this month that it could take up to five years before the coronavirus pandemic would come under control, while Mike Ryan, the executive director of the WHO’s emergencies programme, warned it “may never go away”.

With so many people around the world facing restrictions on their movements and activities, many people may become more motivated to improve their health and general wellbeing.

Lin Monan, a 28-year-old office clerk in Beijing, said she became so bored of living alone, with little to do except eat takeaways and watch television, that she had bought a skipping rope and started a daily exercise routine.

She downloaded an app that sets out a daily programme of exercises, which she conducts in a local park, and says she can now “skip 500 times continuously with ease now”.

Lin believes she has lost weight as a result of working out for 90 minutes everyday, using the skipping and other exercise apps, and now says she wants to make another change to her lifestyle.

“I think I am ready to start dating anytime now,” she says.

She used to like single life and “really enjoyed the freedom”, but as she explains: “But when the coronavirus came it left me with almost no social life, loneliness and desperation took hold. For the first time in my life, I wanted to have a boyfriend so much. I don’t want to die alone.”

It is perhaps not surprising that China’s online dating apps have seen a significant increase in usage during the Covid-19 outbreak.

Read Also
Yes, you can find love during CB. Perks to going on your first date virtually 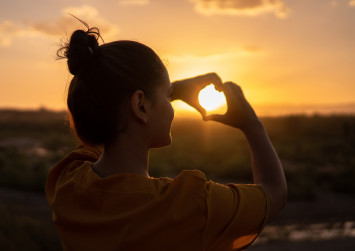 Revenues of China’s online dating and matchmaking industry are expected to rise from 5 billion yuan (S$990 million) in 2018 to 6.5 billion yuan this year and 7.3 billion yuan next year, according to Statista, a business data platform.

Baihe Jiayuan, a leading match-making and dating service provider which says it has over 310 million registered users, conducted a survey of customers last month that suggested social distancing was taking its toll.

Some 66 per cent of male user and 49 per cent of females said they felt envious of couples who were able to spend lockdown together.

Some dating services have used the opportunity to launch “cloud matchmaking” services, which allow customers to use live-streams and short videos to get in touch with potential matches.

HowImetMrRight, a platform for graduates from leading universities, was set up in Shanghai in 2015 with more than 80,000 active members.

Since it launched its cloud matchmaking services in February it has hosted nine virtual “speed dating events” every month.

Members pay between 200 to 300 yuan to take part in these events, with entry limited to around 15 to 16 woman and seven to eight men.

It says every event has been fully booked up, with members from cities such as Beijing, Shanghai, Shenzhen, Hangzhou and Hong Kong.

Fanny Yao Fangfei, a member from Hangzhou, said she had decided to sign up to the cloud matchmaking service after a bout of soul-searching during the outbreak.

“I want to have a decent boyfriend who loves me and can be with me,” she said. “I’m 30. I should take action now before it’s too late.”

Yao said she had seen that one of her friends had been helped through lockdown by her boyfriend, even though they lived in different cities.

The couple watch videos simultaneously, spend hours chatting online and everyday and the boyfriend sends her gifts via express delivery.

“It’s so sweet to have someone with you in hard times,” Yao says.

Although she has yet to find Mr Right, she has enjoyed the experience of socialising with people online, and says it may even benefit those looking to improve their fitness.

“Guests share tips about etiquette, beauty and working out – things can benefit you all your life.”