Chinese President Xi Jinping speaks following his arrival at Macau International Airport in Macau, China December 18, 2019, ahead of the 20th anniversary of the former Portuguese colony's return to China.

Chinese President Xi Jinping has pledged to further deepen cooperation and promote a “digital Silk Road” with Southeast Asia as Beijing moves to cement its influence in the Asia-Pacific.

The commitment comes just as the new US administration says it wants to pivot towards the region and resume a leadership role.

In a recorded message on Friday, Xi also sought to assure the Asian leaders that China gave top priority to its relationship with the Association of Southeast Asian Nations (Asean), a 10-member regional bloc, and that as the only major growing economy, China would continue its opening-up strategy to drive the global recovery from the Covid-19 pandemic – a move and that would benefit Asean.

“China will unswervingly expand its opening up to the outside world, enhancing its domestic and international economic linkages, and driving the world’s common recovery through its own recovery, from which all countries in the world, including Asean, will benefit,” Xi delivered the message via video link to the participants who were attending the China-Asean Expo in the southwestern Chinese city of Nanning.

“Looking to the future, there will be even more room for cooperation between China and Asean,” Xi said.

Xi’s remarks came just two days after US president-elect Joe Biden announced that his foreign policy agenda would see the US retake its global leadership role and strengthen its alliances in the Asia-Pacific. 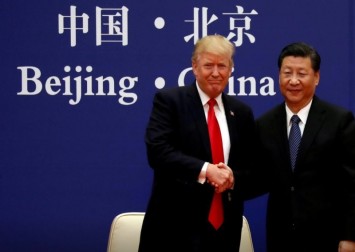 On Friday, in another sign that Beijing is stepping up engagement with its neighbours, Chinese foreign minister Wang Yi wrapped up his trip to key US allies, Japan and South Korea, in recent days in which China pledged to join the two nations to revive their pandemic-hit economies.

Xi, who is the first Chinese president to give a keynote speech since the China-Asean Expo was first established in 2004, told the summit that while the world was confronted by instability and uncertainty because of the rise of unilateralism and protectionism, China had made its relationship with Asean a priority.

“China regards Asean as a priority in its neighbourhood diplomacy and a key area for high-quality joint construction of the Belt and Road Initiative,” Xi said referring to one of his pet projects to develop trade, investment and infrastructure along both the maritime and ancient land Silk Roads. 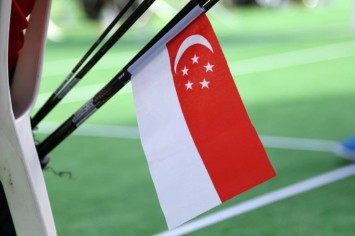 Xi also said China would continue to cooperate with Asean countries in the next five years on different areas, including infrastructure and public health, and would “positively consider the needs of Asean countries” when vaccines were ready.

Beijing has sought closer ties with Asean, a regional grouping of Brunei, Cambodia, Indonesia, Laos, Malaysia, Myanmar, the Philippines, Singapore, Thailand, and Vietnam, to attempt to offset pressure from the protracted trade war launched by US President Donald Trump in 2018.

This year, the 10-member bloc overtook the European Union as the largest trading partner to China, having also surpassed the US last year amid trade friction between the world’s largest economies.

In what Beijing touted as a historic milestone in its economic integration with the region, China and the 10 countries of Asean, as well as Japan, South Korea, New Zealand and Australia this month signed up to the Regional Comprehensive Economic Partnership (RCEP), the world’s largest free-trade bloc earlier.

The trade pact, which would see significant tariff cuts among member states – which covers about 30 per cent of the world’s population and gross domestic product – in the next decade, could further enhance China’s economic influence in the Asia-Pacific and counter pressure from the China-US economic decoupling.

On Friday, Xi welcomed the signing of RCEP and said more measures were expected to ease regional travel and cargo transport when pandemic conditions improved.