Trip.com co-founder Liang Jianzhang and his assistants wear costumes to promote tourism products during livestreams around the country. A handout photo.

Liang Jianzhang uttered 30 hotel names in fewer than 20 seconds while clad in a pink robe specific to the traditional Beijing comedic stage-performance genre, cross-talk. The 51-year-old was live streaming from Tianjin to sell travel products.

The stream raked in 10 million yuan ($1.4 million) in gross sales in the first minute, he says. The number reached over 46 million yuan by the session's end.

Viewers booked around 12,000 hotel rooms in Tianjin, Shanghai and Hainan province's Sanya. Over 32,000 orders were placed in total.

Livestreaming can bring together the most distinctive products at the most preferential rates and help viewers find their preferred products efficiently, Liang says.

The Tianjin event was Liang's 11th stream to promote tourism since the Covid-19 outbreak has begun to wane in much of the country since March.

Liang streamed the previous 10 in different parts of the country, including Hainan, Guizhou and Yunnan provinces.

They generated presales of 520,000 hotels rooms, with discount values totalling up to 100 million yuan. 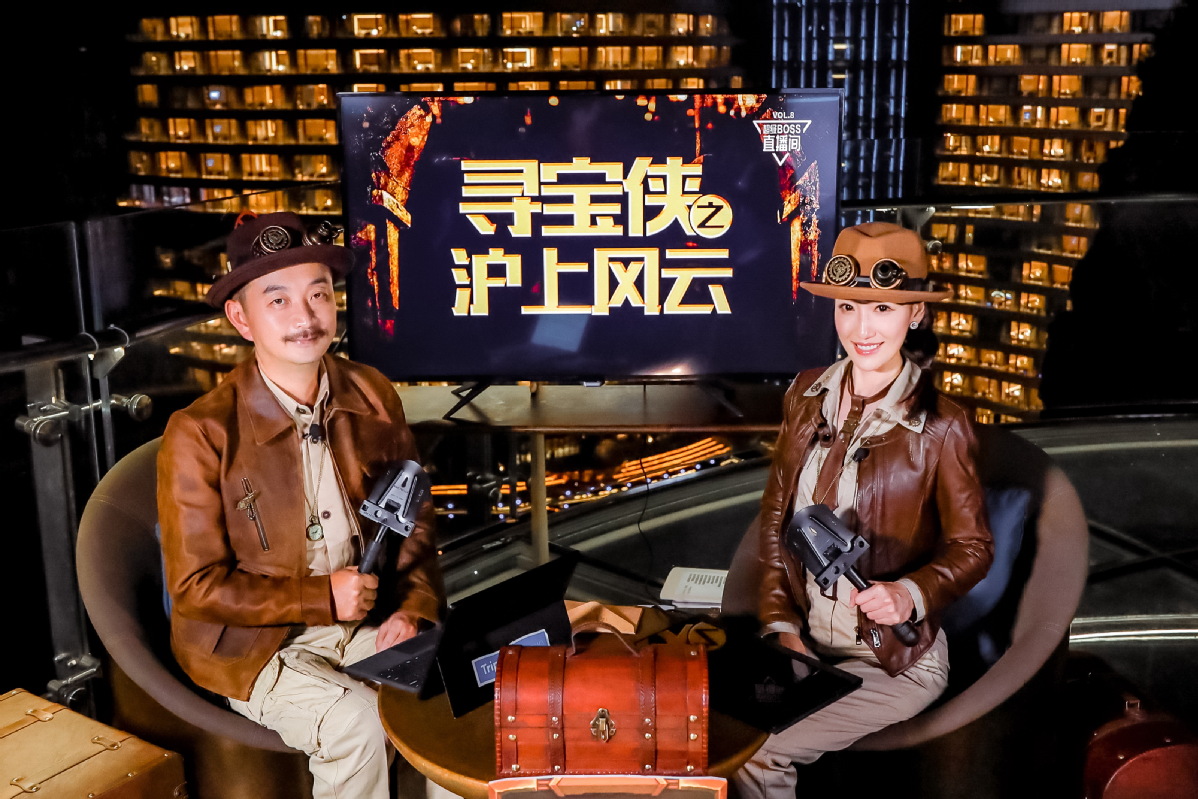 Most Trip.com presale offers are on discount, valid for the year and can be refunded if not used.

Liang believes a hotel is a destination itself.

"Travelers spend most of the time in hotels. So, hotels are major venues for immersion," he says.

He says quality hotels at value prices can draw travellers to a destination where they engage in other consumption, such as shopping and dining.

Travelers can use those services whenever they chose within the year. This will stimulate tourism spending and ease capital pressure on tourism businesses, the company says.

The number of Chinese live streaming viewers is expected to reach 177 million in the first three months of this year, Beijing-based market-data provider Analysis.cn reports. It represents a 2 per cent growth compared with the same period of last year.

The viewing time totalled nearly 134 billion hours from January to March, up almost 30 per cent year-on-year. 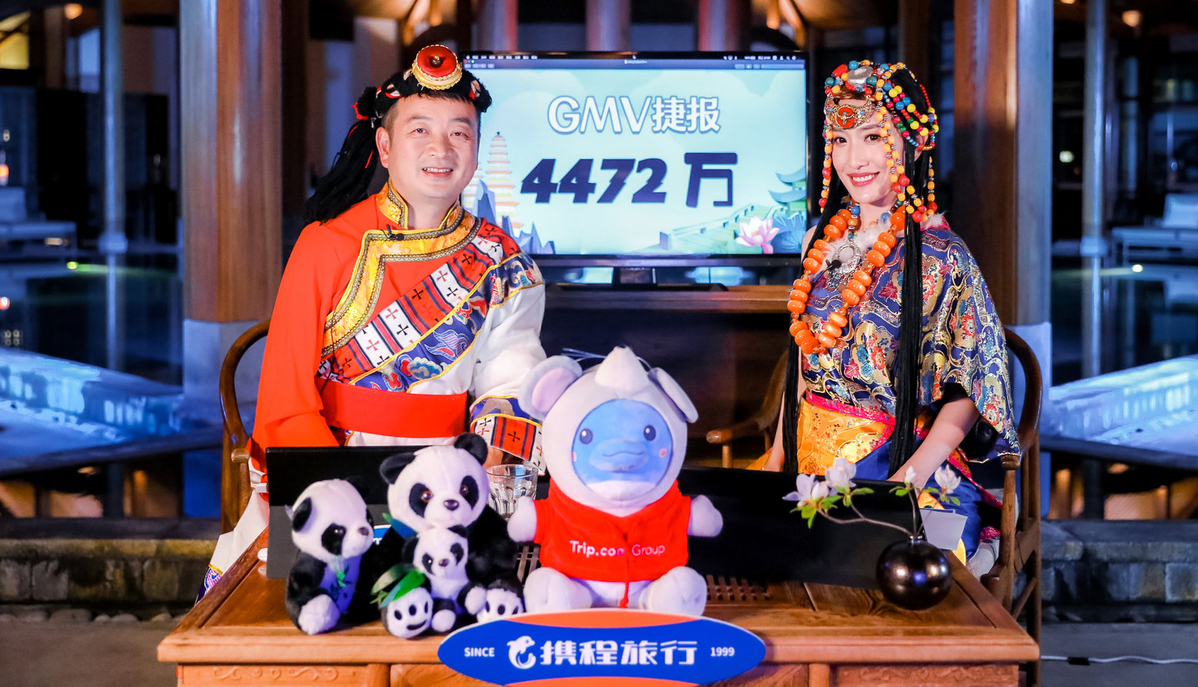 Livestreaming has become one of the most effective ways to establish connections among destinations, online travel agencies and consumers, helping tourism consumption to maximise its potential, experts say.

Beijing-based online travel platform Mafengwo Tourism's live stream viewers have doubled daily since April, the company says. Internet users of means who were born after 1985 account for over 50 per cent.

People from first-tier cities, including Beijing, Shanghai and Guangzhou province, account for a large segment of the audiences.

The post-epidemic travel environment, featuring fewer travellers and lower prices, has proved ideal for those born in the '90s, according to Trip.com.

The number of travellers born in the '70s and early '80s has basically leveled off compared with last year. Most opt for family-friendly hotels.

Tourism was among the industries most affected by the outbreak. And it has since accelerated to compensate for losses.

He believes this form of online promotion requires products that are easy to understand, extended in validity and apply to a wide range of circumstances, so customers are more likely to place orders. 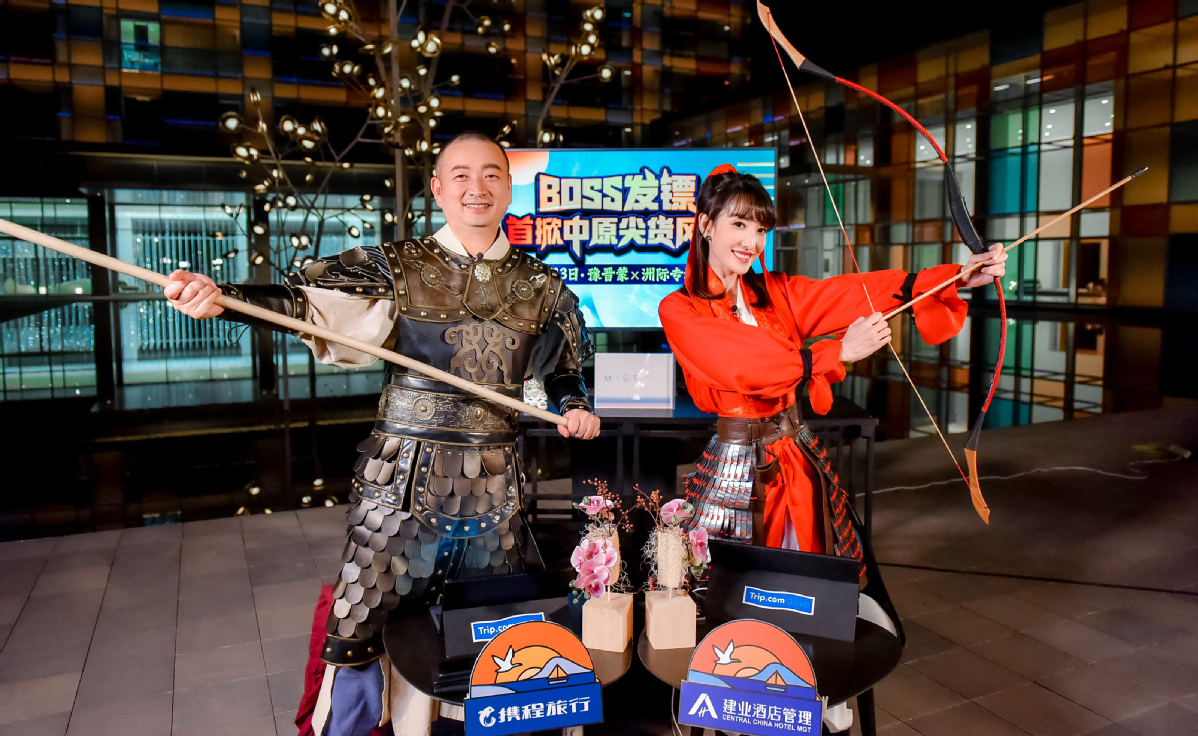 The Beijing agency then staged two livestreaming events for Hunan province and Sanya city in May. The Hunan show attracted about 1.2 million viewers and generated over 14 million yuan, while the Hainan stream brought in more than 18 million yuan.

He found the online fans largely overlap with the company's customer base.

"We really want to attract young people through livestreaming and introduce them to more fun destinations and products."

Spring Airlines has resumed over 90 per cent of its domestic flights compared with last year.

Some tourism and culture authorities have begun to explore livestreaming.

The goal is to develop internet celebrities to boost the local travel and culture industry, especially rural tourism, through creative marketing.

Liang says livestreaming has ignited China's repressed travel enthusiasm, and many people have shown a strong desire to travel in the province.

China's domestic tourism income exceeded 47 billion yuan during last month's May Day holiday, which is about half of the same period last year, Ministry of Culture and Tourism data shows.

Nearly a fifth of Chinese household spending was on travel in the first three months of the year, People's Bank of China reports.

It was the fourth-largest expenditure, after education, healthcare and housing.

Wang also called for an aviation and tourism revitalisation plan to be adopted as soon as possible.

He expects inbound and outbound tourism will fully recover after the pandemic is completely over.