A woman whose mother died three years ago from a disease has posed as the mother on WeChat ever since so she can still "talk" with her.

The woman, surnamed Qiao, said it was a way to comfort herself and help her accept the reality that her mother has died, state broadcaster China Central Television (CCTV) reported.

Qiao, who lives in Hubei, central China, said when her mother was alive they got along like "close friends" and that she kept no secrets from her mother.

Her mother was a "gentle and positive" person and told her family to be strong and upbeat while she was tortured by the disease in her last days, said Qiao.

The woman sent messages on WeChat such as: "Mum, Happy Mother's Day!", "Today is my brother's birthday. Thank you Mum for giving birth to us", and "I am in love but I have not told the male members of our family. I only want to share with you because you will definitely give me advice and tell me to protect myself".

In June, after Qiao sent a message to her mother on WeChat that she has moved to a new flat including pictures of the place, she used her mother's account to reply "Perfect" along with cheering emojis.

"I want to let my mother know that I can look after myself and live a good life now," she told CCTV.

A sweet video of a six-year-old girl delighting at her dad's surprise home visit has trended on mainland Chinese social media.

The man, surnamed Chen, returned to his home in Sichuan province, southwestern China, after travelling away for work in construction for a few months.

He did not tell his family about his return, wanting to surprise them, the Beijing News reported.

Read Also
'It will not break our ties': Mum in China finds adopted daughter's birth family 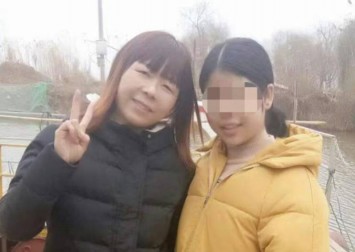 When he was nearing home he saw his daughter walking alone and followed her quietly, hoping to give her a surprise.

She noticed him, but didn't recognise him immediately until she had looked at him for several moments. After realising it was her father, she became so elated that she called "Dad" loudly and ran towards him and hugged him before crying, the video showed.

"I feel grieved for her because I wasn't at home for a long time," Chen said.

One user on Douyin commented after watching the video: "The little girl calling 'Dad' has melted my heart instantly."

"This is the meaning of being back home," another person said.

An 84-year-old man saved a neighbour's life after he noticed she hadn't hung her washing for five days and he hadn't seen her throwing out her rubbish either.

Nie Lixing, a resident of Zhejiang province in eastern China, was concerned and asked his daughter Nie Jing to check on the woman, a grandmother who lives alone in the building next to Nie's, as her absence was out of character, CCTV reported.

Nie Jing knocked on the door and when there was no answer she called local police and the fire service for help.

When they entered the woman's apartment they found her lying on the floor with weak vital signs.

She was sent to hospital for treatment and was still in a coma the following day. The doctors estimated she had been trapped for four days based on the low levels of body fluid in her system.