The number, which ended in five fives, sold for more than 30 times the starting price of 11,250 yuan, after fierce bidding saw its value rocket to more than 300,000 yuan in just 12 minutes.

A total of 140 people registered to participate in the 24-hour auction and 107 bids were recorded. The winning bid came from a user called Li Zisheng on Tuesday evening, according to Alibaba's Sifa court auction platform which hosted the sale.

It is not uncommon for people in China to pay a premium for phone numbers or car licence plates featuring numbers which are considered lucky. 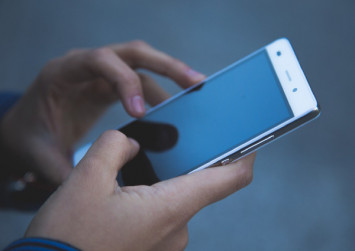 Six, eight and nine are particular favourites, as they sound like the words for strength, wealth and longevity, respectively. The number five is said to represent happiness or wealth.

One of the most expensive mobile numbers on record in China contained a combination of eights and fives and sold at auction for US$680,000 (S$920,063) in 2004, according to the ﻿Oriental Morning Post.

In 2006, a car licence plate in Zhejiang province, eastern China, containing five eights sold for 1.67 million yuan to a Wenzhou businessman with a BMW, according to online sales platform Tencent Auto.

Not everyone is willing to pay any price for a lucky number plate or phone number, with some internet users on China's Twitter-like Weibo service questioning why people would pay so much money for such things.

"Are mobile and car plate numbers really this important?" a user from Hunan province, central China, wrote. "This type of number will have a higher chance of getting spam calls."