The tourists were stopped at the airport in Antananarivo on Saturday as they tried to return to China, allegedly with lizard and centipede species in their luggage.

Two Chinese tourists have been detained in Madagascar, accused of trying to take live animals - including an endangered chameleon species - out of the country.

The pair were travelling with a group of parents and children from mainland China who were visiting the African island nation on an insect research tour organised by a private institute in Beijing, Chengdu Business Daily reported on Wednesday.

They were stopped at the Ivato International Airport in Antananarivo on Saturday as they tried to return to China, allegedly with lizard and centipede species in their luggage.

The man leading the tour was arrested along with a woman whose child was also travelling with the group, the report said, citing a Chinese woman who was interpreting for the police. It was not clear whether they had been charged. The other 17 members of the group have all returned to Beijing. 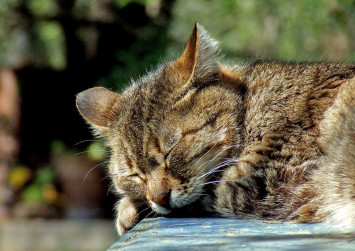 The case prompted the Chinese embassy in Madagascar to issue a warning to tourists on Monday not to try to take any prohibited items with them when they leave the country, listing the animal and plant species that could not be carried out.

The arrests were also highlighted by authorities in Madagascar, a country known for its rich biodiversity. Speaking to media at the airport, environment minister Alexandre Georget said if found guilty, the two Chinese tourists would be punished in accordance with the law and called for tighter security to prevent any further such incidents, according to a report on the ministry's website.

They could be fined up to 200 million Malagasy ariary (S$75,000) or jailed for five to 10 years, Chinese-language newspaper Journal Economique Chine-Madagascar said.

The article said it had a "negative impact for the image of Chinese in Madagascar", saying Chinese in the country "should not only safeguard our own dignity but also respect the culture, environment and law in this country".

Liu Fan, who has been running a tourism business in Madagascar for 15 years, said he and other long-term Chinese expatriates were angry about the case.

"There was a surge in tourism from China during the Lunar New Year holiday this year compared to the last few years," Liu told Chengdu Business Daily. "But this incident has brought disgrace on all of the Chinese living here.

"Observing animals up close and even touching them is one of the selling points of Madagascar - but it doesn't mean you can do whatever you like with these animals," he was quoted as saying.

In 2017, more than 3,000 Chinese travelled to Madagascar, according to the embassy website.