Man in China jailed after forcing wife to live in pigsty, eat garbage

A man in Heilongjiang province in northeast China who abused his wife for three years, often forcing her to work or sleep in a pigpen and eat garbage, had the appeal for his 18-month prison sentence rejected in a case that caused fury about the perceived light sentence.

The ruling was made earlier in April, but the court documents were recently uploaded online, where it caught people’s attention and started to spread across China.

The man, named Wu Hongbo, often abused his wife with help from his mother, who is being prosecuted separately.

The sentencing caused an uproar among internet users, who complained the punishment was too lenient. “Only one-and-a-half years in jail? Is this really a warning to society? Or just saying it is not a big deal to abuse your wife?” said one Weibo user.

“The man destroyed his wife for life and yet he only got one-and-a-half years in jail,” said another.

According to China’s criminal law, family members can be sentenced up to two years in jail for serious abuse cases that do not result in severe injury or death. Abuse incidents that do lead to serious injury or death can lead to a sentence of between two and seven years.

The wife, 30, identified only by the family name Yu, married Wu, 39, in 2017 in Mingshui county and he started abusing her shortly after, a court document showed.

Yu told the Mingshui People’s Court that Wu and his mother had been verbally and physically abusing her. She was not given food but had to do heavy labour. She lived in the pigpen, was starved, not kept warm and was tortured physically and mentally. 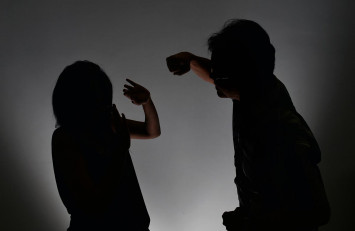 One witness said he had heard numerous times that her husband and mother-in-law beat Yu up and her face was always covered with wounds. He often saw Yu trying to find food in the garbage and could tell she was losing an extreme amount of weight.

Another witness said Yu did all the manual labour at home and a third witness said he took Yu to a hospital after seeing the wounds on Yu’s face and body. Check-ups showed Yu sustained multiple injures all over her body.

The county court said last December that Zou, the mother-in-law, assaulted Yu numerous times and Wu should have stopped his mother and helped Yu with treatment.

Instead, Wu took advantage of the dominant position of living with his mother and abused Yu physically and mentally. Wu was sentenced to 18 months in jail because he committed a severe crime, the court document showed.

Wu appealed after the sentence, but the Suihua Intermediate People’s Court, which handled the appeal, believed the mother and son had seriously abused Yu and should be punished by law.

“As a couple, Wu Hongbo and his wife should have respected and cared for each other, but Wu Hongbo acted in disregard of national law, natural justice and human feelings,” the court said in the indictment.

“The facts in the original judgment are clear, the evidence true and sufficient, the conviction is accurate. The sentence is appropriate.”