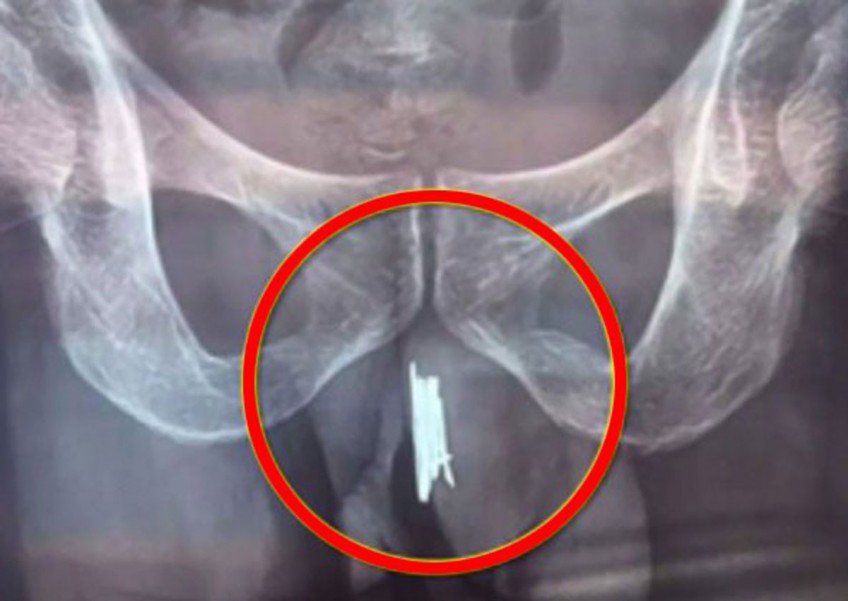 A man in Shenyang, China, was forced to seek medical help after he shoved no less then 15 needles up his private parts.

According to Shanghaiist, the man's bizarre actions were attributed to a mental disorder he was suffering from.

Throughout the past year, he had been putting sewing needles up his urethra, some of which have started to rust before they were removed from his urinary tract.

He eventually could not take the pain any longer, and decided to seek medical help.

It is unclear however, if they have left any lasting effects on the man's body.