Man in China turns balloons into works of art

Xu Wulong is known as the "king of balloons", as he is able to create a variety of things out of them.

Living in Xingyi city of Guizhou province, the 19-year-old makes a living on it. "I can make cars, skirts, and different kinds of animals out of balloons," Xu said. "I can blow more than 10,000 balloons a day."

Xu suffered polio when he was three years old. Later he fell into a coma due to meningitis, and regained consciousness after eight days thanks to treatment and care of his family and doctors. After that, he got some sequelae on his feet.

When he was 8, Xu saw balloons of different shapes by chance and became fascinated. Then he began to blowing them by himself. Gradually, Xu found that he could make all kinds of things with them. 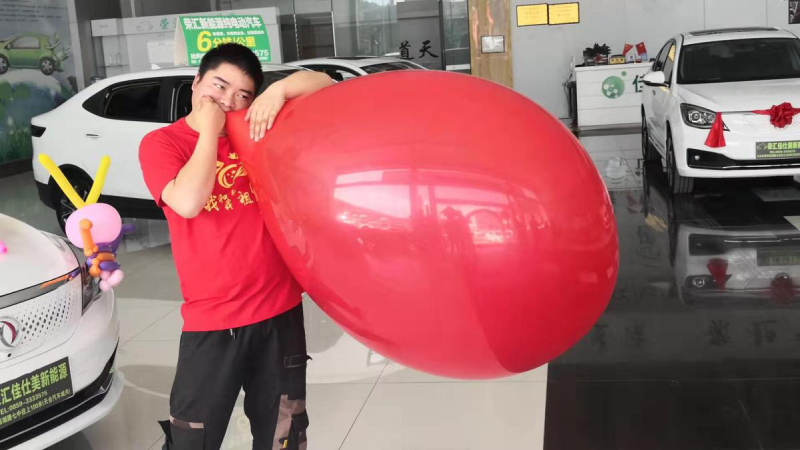 After his "talent" was discovered, Xu began to be invited to so many commercial performances that he was not only able to support himself, but also help his sister go to school.

Xu said he has received a lot of help from businesses and public welfare associations. He would like to devote himself to public welfare undertakings and help people in need in his own way.