Health authorities are trying to contain a growing outbreak at Ursus Fitness.

Anyone going to the gym in Hong Kong must wear a mask from midnight on Thursday (March 11), after a “super-spreading” coronavirus cluster linked to a popular fitness centre in the city affected international schools, banks and other gyms, and resulted in more than 240 people being quarantined.

In a statement, the government said the rule would be in force for six days. Previously, apart from those in group classes, people working out at a gym were not required to wear masks.

The move came as a chronically ill 70-year-old woman died on Thursday, after getting the Sinovac Covid-19 vaccine on March 2, while a 67-year-old man, who took the jab on the same day, remained in critical condition after he collapsed at noon.

The total number of people linked to the cluster has grown to 17, while about 30 of the more than 40 new preliminary-positive cases were also related to the gym, including teachers and bankers.

Ten schools also announced they were temporarily closing after either discovering cases or as a precautionary measure just weeks after in-person classes resumed following Lunar New Year. At least three of them cited the Ursus Fitness cluster as the reason. 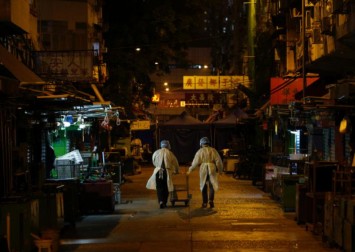 A spokesman for HSBC confirmed a staff member from its main office in Central tested preliminary-positive.

An internal message seen by the Post said the employee, who worked on the 22nd floor, was last in the office on Tuesday. The floor was vacated for deep cleaning.

According to a source familiar with the situation, the person involved had no contact with customers.

Separately, a Credit Suisse Group AG employee also tested preliminary-positive, and the bank had asked some staff members to work from home, a source said.

Another source said Citigroup Inc had also instructed some staff to work from home. Both banks declined to comment.

The cluster first emerged after a 27-year-old fitness instructor was confirmed as infected on Wednesday (March 10). 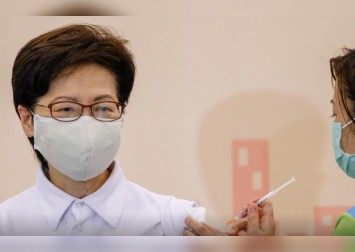 Undersecretary for Food and Health Dr Chui Tak-yi said authorities were looking at the cluster as they evaluated the next round of changes to social-distancing measures, with the current rules set to expire next Wednesday.

Premises such as gyms and beauty parlours had been closed for more than two months, before being allowed to reopen under a set of relaxed rules on February 18.

University of Hong Kong microbiologist Dr Ho Pak-leung said the delay in picking up the cluster was alarming, and warned a second or third generation of transmissions could already have taken place if the first patient was infected in early March.

“It could be repeating the case in the dancing cluster again,” Ho said, referring to hundreds of cases linked to dance venues that drove infections in the city late last year.

Health authorities were also planning to release new guidelines explaining which conditions should prevent residents from taking a Covid-19 jab amid growing public concerns over side effects, an expert on a key vaccine committee said.

Medical groups were discussing the advice for general doctors and the Department of Health could finalise it by Friday (March 12), a source added.

According to Professor Ivan Hung Fan-ngai, a co-convenor of the city’s expert committee tasked with examining post-vaccination symptoms, examples of groups more prone to side effects include those suffering from heart disease, high blood pressure or diabetes.

Some doctors welcomed the release of detailed guidelines on vaccinations, with one private practitioner noting as many as half of his bookings for inoculations had been pushed back because of a lack of confidence.

About 9,500 people who took their first dose of the Chinese-made Sinovac received the jab at community vaccination centres and private clinics on Thursday.

Among them, 6,500 received them at the vaccination centres, a take-up rate of 70 per cent, compared with 72 per cent on Wednesday, 64 per cent on Tuesday and 90 per cent at the scheme’s launch last month.

The take-up rate for the vaccine jointly developed by Germany’s BioNTech and US-based Pfizer was 96 per cent on Thursday, with 5,700 people receiving the shot on its second day of availability.

About 145,800 people have been vaccinated since the drive launched last month, according to the latest figures.

“As long as these elderly patients or those with chronic diseases are stable and not suffering from new complications, most are, in fact, suitable to take the jab,” Leung told a radio show.

Four people have died soon after receiving the Sinovac vaccine so far, although experts have concluded that in the first two cases, both of which featured existing conditions, there were no direct links to the jabs. Results in the third case are pending a detailed autopsy report.

The woman who died on Thursday had a history of hypertension and osteoarthritis. She suffered from shortness of breath on Thursday morning and collapsed at home at noon. She was admitted to Kwong Wah Hospital and died soon afterwards. 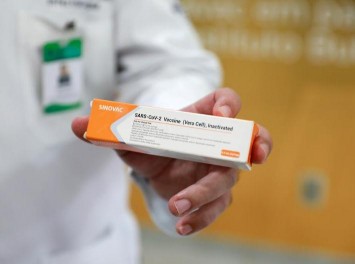 Her family said she had a Sinovac jab at Kowloon Bay Sports Centre Community Vaccination Centre nine days ago.

The 67-year-old critically ill man had a history of diabetes, hypertension and hyperlipidemia. He collapsed at Mong Kok MTR station at noon on Thursday and was admitted to Kwong Wah Hospital. The preliminary diagnosis was acute coronary syndrome. He was vaccinated at a private clinic on March 2.

19 of the latest 22 cases were locally transmitted, of which three were untraceable. The remaining three were imported from Belgium and Indonesia. The city’s confirmed infection tally now stands at 11,150, with 203 related deaths.

The English Schools Foundation said West Island School and Kennedy School in Pok Fu Lam would close for three days beginning on Thursday and Friday, respectively, as a precautionary measure in response to the outbreak at the gym, while Carmel School announced its Shau Kei Wan high school campus and Mid-Levels primary branch were suspending lessons.

In a late-night announcement, the government ordered anyone – including staff, pupils and visitors – who had been at the French school for more than two hours between Feb 26 and Thursday to undergo compulsory Covid-19 testing by Saturday.

Four schools in Tin Shui Wai suspended face-to-face lessons between Thursday and Friday, as all staff members and students were ordered to undergo mandatory testing after a positive test for the coronavirus was found in sewage samples.

Another gym, H-Kore, closed its studios after one of its trainers tested positive, according to its Facebook page.

Meanwhile, authorities checking whether residents in Sham Shui Po were complying with a compulsory testing order found 11 out of 250 people had not. They were either ordered again to undergo screening or were given a fixed-penalty ticket of HK$5,000 (S$863.33).

Chui, the health undersecretary, also called on the public to get tested as a measure to stop the spread of the disease, noting the booking rate for the next week at community testing centres was only 30 per cent with 160,000 slots vacant.

Three mobile testing centres would also be set up to encourage domestic workers to get screened during the next two Sundays. The facilities would be at Chater Road in Central, near Victoria Park in Causeway Bay and at the entrance of Lai Chi Kok Park.