“Chloe” said that during the busiest times of the year she can earn over US$1,000 a month writing essays for other students.

In Hong Kong, 24-year-old entrepreneur "Jay" was brainstorming ideas to make some money.

On the other side of the world in Britain, his friend and former Hong Kong schoolmate "Nick" was at university in central England struggling to get his homework done.

In a moment a deal was struck. Nick paid Jay HK$500 (S$86) to do his statistics homework and Jay earned Nick top marks.

But Jay's talents didn't stop at maths problems - soon he was writing essays for other students in Britain. Nick helped to find clients for Jay, and as the orders for assignments grew, Jay began to loop in a few other friends as writers for their expanding business. 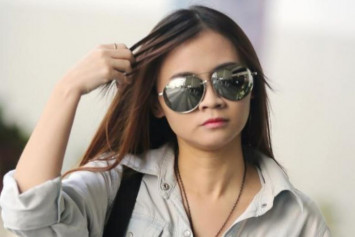 In the less than three years since that first transaction, Nick and Jay have developed a thriving sideline, completing more than 90 essays for around 40 students from over six universities in Britain.

But their operation is just the tip of the iceberg of a borderless industry of homework guns for hire.

Research suggests that this kind of cheating is on the rise, with as many as one in seven graduates having paid someone else to do a university assignment for them, according to Chris Havergal, news editor of weekly magazine Times Higher Education.

It was most common among international students whose first language was not English, he said.

Havergal was citing research carried out by Professor Philip Newton, director of learning and teaching at Swansea University in Wales, who said that as many as 30 million learners worldwide might have employed contract essay writers.

He called for improvements to assessment design, education, policy and the law to protect academic standards and quality, and limit the influence of cheating in higher education.

Twenty-two-year-old "Chloe" got into the underground trade last year to earn money for a holiday in Tibet. The graduate from a top university charges HK$1 per word and said she could easily earn HK$8,000 a month during the peak essay seasons of April and December.

Her other freelance work in translation, copywriting and tutoring brings in about the same amount but the student essay jobs have several advantages.

"Ghostwriting [essays] is much more flexible and it gives you a larger one-time profit," she said.

"You also learn more from it than tutoring primary school kids, where you keep giving and learn nothing in return."

Chloe's word rate is lower than that charged by Nick and Jay, whose clients pay HK$1.20 per word on average depending on the subject and urgency. Nick then takes a 30 per cent commission and Jay shaves off another 10 per cent for proofreading and administration.

Writers who consistently get good marks can earn even more.

Jay said one of the best writers in his stable was paid HK$20,000 to write an 8,000-word dissertation - about a third more than the HK$14,395 average monthly salary earned by a fresh graduate in Hong Kong.

He said most writers had graduated from top universities in the city and were management trainees in multinational corporations and banks.

The clients generally fell into one of three categories - those wanting a better grade, the lazy and people who really did not know how to do their assignment.

"Emma", a Chinese graduate from a university in Britain's East Midlands, said she was in the second group.

Each semester, she had to write four essays of at least 2,000 words each in addition to a few other presentations. She spent half of her monthly budget buying essays even though she could have easily written them herself.

"I was too lazy to write and I'd rather rest more. Sometimes, I'd write half of them and leave the rest to the ghostwriters," she said.

"It was the atmosphere that made you want to hire a ghostwriter. When everyone around you did that, why wouldn't you do it too?"

And it wasn't hard to find people to do it. She said her university email account was often flooded with ads for such services, some of them written in simplified Chinese to reach the 95,000 or so Chinese students studying in the country.

One of the ad was from a company called KJ Essay in which it claimed to have completed 62,570 orders in the nine years it had been running. On December 12, a day that many firms promote specials to attract customers, the company offered discounts, including £20 (S$35) off any essay orders with no grade guarantee.

But Emma said most students she knew preferred hiring people recommended by friends.

"Jenny", a 22-year-old biomedical graduate from Hong Kong, agreed that the practice was widespread at her top-ranked university in Britain.

She said she almost hired a writer herself as she was struggling under deadline pressure in her final year and needed to get a pass mark on an essay. If she failed to do so, she would likely have failed the entire course, putting her degree in doubt, she said.

"My parents spent a lot of money to send me overseas. I really did not want to fail and let them down," she said.

Despite the pressure, Jenny eventually thought better of it and did the work herself.

While there is always the risk of being caught, many students found cheating were warned rather than expelled, Emma said.

She said this could be because international students were a valuable source of income for schools in Britain.

The business also has its risks for providers. Jay said he had to refund essays that did not make the grade and the fall in the British pound was cutting into his profits.

He said the business was small compared to other online contract-writing ventures, but it generated HK$150,000 in revenue in the past three years, supplementing his full-time job at a financial institution. 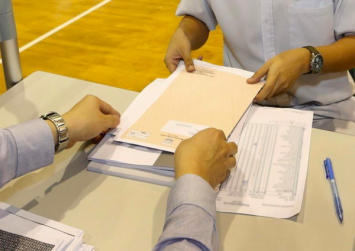 The ethical boundary was blurry, he said but he did not consider ghostwriting a problem.

"This is simply demand and supply. As long as it is legal, the market exists," he said.

Chloe said people around her would sometimes judge her for doing the work but she also had no plans to quit.

"I understand that people are having concerns that I am facilitating an unethical practice, but I don't think the issue is big enough for me to give up the big bucks," she said. "It's just a job."

Havergal urged universities to be more proactive in combating contract cheating to protect their own standards.

"The integrity of the qualifications offered by leading Western universities is central to their appeal to international students, so combating contract cheating should be a priority for institutions and policymakers," he said.

In 2018, the Quality Assurance Agency for Higher Education (QAA) - Britain's industry watchdog - described the use of ghostwriters as unacceptable, saying it put at risk students' academic and professional careers.

"Cheating has no place in our higher education sector … [and] contract cheating is particularly pernicious," QAA chief executive Douglas Blackstock said in a statement on the organisation's website.

"This is an international problem, complicated by the fact those promoting this activity often operate outside the UK."