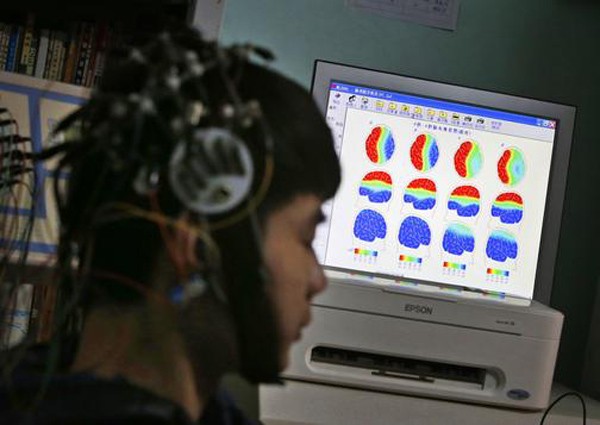 A boy who was addicted to the internet, has his brain scanned for research purposes at Daxing Internet Addiction Treatment Center in Beijing
Reuters file

The Health and Family Planning Commission of Linyi City and the local Cyberspace Affairs Commission have both launched a separate investigation on the matter. This was after a video uploaded in Chinese microblogging site Weibo, concerning Linyi Mental Hospital and the alleged shock treatment, went viral, as reported by Thepaper.cn via South China Morning Post last Thursday, Oct. 25. In the now-deleted video, a boy was heard screaming for his mother.

The said video was posted on Oct. 22 by Weibo user named “IADSER” who had been a patient of the hospital for a month between December 2015 and January 2016. He claimed he shot the video from outside the facility and that the screams came from the infamous “Room 13” of the hospital.

Apparently, the tag “Room 13” became synonymous with internet addiction therapy after the former deputy chief of the hospital and controversial clinical psychiatrist Yang Yongxin was suspected of using ECT, the report said. Yang was said to use a shock treatment to patients suffering from internet addiction, asserting it was not the same as the conventional ECT, between 2009 and 2016.

“Even the most addicted and rebellious teens would emerge from this treatment room completely cured and apologize to their parents,” as per the CCTV documentary featuring the Linyi Internet Addiction Treatment Center.

Due to the treatment’s notoriety, the Chinese government banned the said practice, the report stated. Consequently, the hospital’s addiction treatment center was closed down in August 2016.

“The building in the video is the hospital’s first hospital wing, which is divided into four mental health recuperation zones and one internal medicine wing,” the hospital said in a statement on Weibo. “The ‘Linyi Internet Addiction Treatment Center’ was a subsidiary of the Linyi Mental Health Center, and that name has not been in use since August 2016.”

“All of the patients we treat can be classified under the International Classification of Diseases,” Linyi Mental Hospital stated. “The Room 13 being discussed online does not exist.”