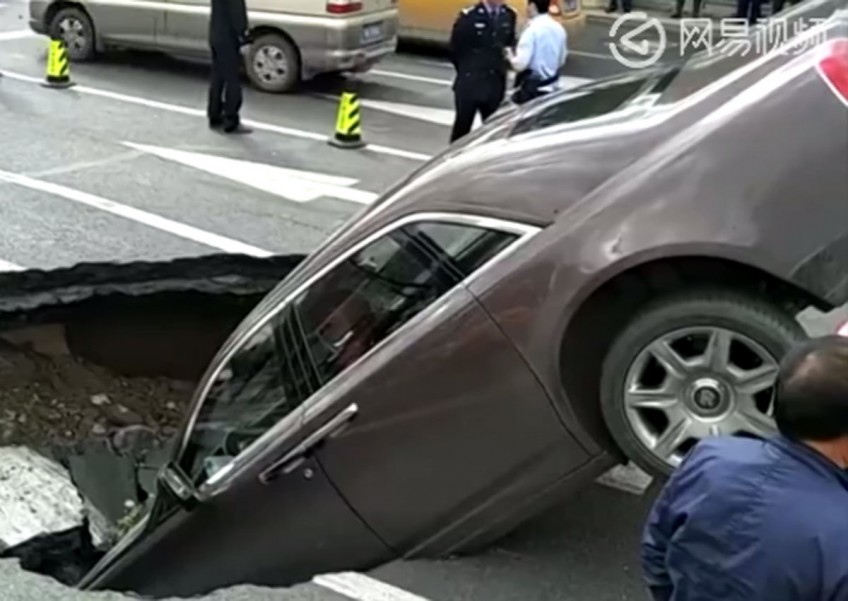 It's tough being a driver in China.

Yet another sinkhole opened up on a road in Harbin, the capital city of northeastern China on Sunday (Oct 1).

To make matters worse, it was no ordinary car that took the plunge - but a Rolls-Royce Phantom.

Said the unidentified owner of the car in the video: "I was waiting at the traffic light here and was just about to start the car at the turn of the green light when the road suddenly caved in."

While he didn't suffer any physical injuries, the damage done to his 5 million yuan (S$1.02 million) vehicle was clear.

Sinkholes have unfortunately become a trend in China and are often said to be caused by poor construction work.

Back in August, a motorcyclist made headlines after he rode into a sinkhole in the Chinese city of Guangxi.

He managed to escape with minor injuries, according to media reports.

CCTV footage showed the man looking at his phone right before he dove head-first into the hole.

A real lesson for those who don't know when to put away their mobile devices while on the road.