Chinese authorities have banned the use of mobile phones in schools.

The Ministry of Education said the ban, which applies to both primary and secondary schools, was designed to crack down on “internet and games addictions” and help students focus their attention on study.

The ban restricts students bringing mobile phones onto school grounds. A pupil will need parental approval, along with the school’s written permission, before the student is allowed to bring their device to campus.

However, all phones must be relinquished during class time, the ministry said on its website on Monday.

Its directive, which is effective immediately, is aimed at “protecting the students’ eyesight, making them focus on study and preventing them from getting addicted to the internet and games”. It has the added goal of “enhancing students’ physical and psychological development”.

In 2019, China had 175 million internet users under the age of 18, with 74 per cent reportedly having their own mobile device, according to a report released by the China Internet Network Information Centre last year.

The report found mobile phone users in this group used their devices mostly for online study, listening to music, and playing games.

The ministry announced that teachers will be prohibited from assigning homework via mobile phones or asking students to finish homework on mobile phones. The practice has been gaining in popularity in recent years.

Schools were ordered to establish more public pay phones and to find other ways of talking to parents without relying on mobile phones.

Debate about the use of smartphones in Chinese schools has flared up regularly in recent years in response to widespread concern about young people’s addiction to their devices.

However, Liu Yanping, principal of First Branch of Beijing National Day School, said it was unwise to take a “one size fits all” approach.

Liu argued that, while it was acceptable to forbid primary-school children from taking mobile phones to schools because they lacked self-discipline, older students should be allowed to work out with their parents an acceptable time to spend on their devices.

“You can’t simply cut them off from the internet in the digital era,” Liu said.

She said to tackle eyesight problems and game addiction issues, the authorities should reduce students’ academic burden so that they have more spare time to exercise.

“Smartphones are not the top thing to blame,” she added.

Wu Hong, a researcher at Dett, an education think-tank based in Chongqing, southwest China, echoed Liu’s sentiment that it was unrealistic to solve the problem by ordering young people to simply stop using mobile devices. 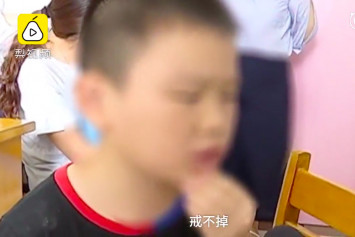 “Instead of prohibiting it, schools should spend more time cultivating the kids’ ability to self-manage by teaching them to tell the difference between real and virtual worlds; between good and bad,” said Wu.

However, the ministry’s directive appears to be widely supported.

In a survey by thecover.cn published on Weibo, China’s version of Twitter, 54 per cent of more than 1,900 respondents said they believed it was unnecessary for schoolchildren to take mobile phones to schools; more than a quarter wanted a more flexible policy, with 20 per cent saying mobile phones should be allowed on campus.