More than 1,000 people rescued from flood in Hubei

Rescue members, including firefighters, rush to help trapped people due to the flood caused by heavy rainfall in Yichang of Hubei province on Saturday. A handout photo.

Firefighters of Yichang, Hubei province rescued more than 1,000 residents from floods caused by heavy rainfall as of Saturday night, according to local authorities.

The city was hit by a 50-year record rainfall, with a downpour of 17 centimetres according to local meteorological authorities.

Local firefighters were called to the flood sites immediately after the rainfall started to hit the city in the morning.

The disaster response team, including 410 fire fighters and 69 vehicles, had rescued 425 trapped residents and relocated another 636 ones by 6 pm Saturday. 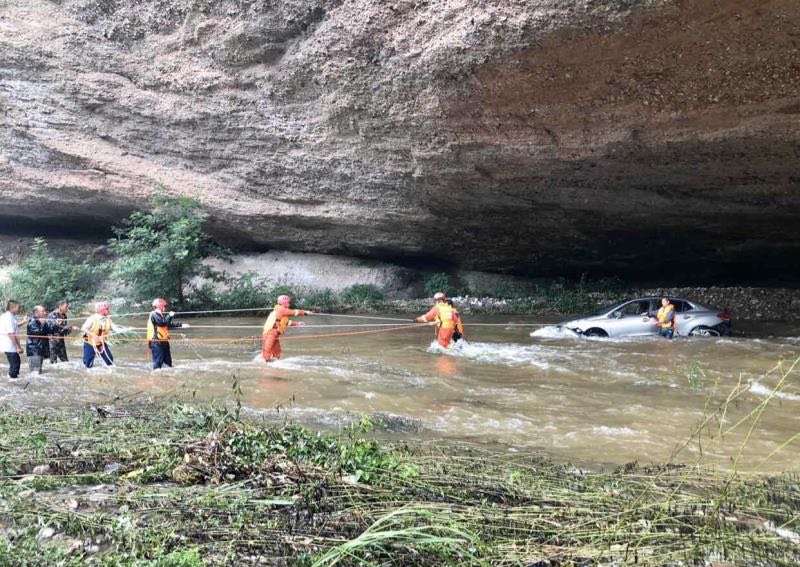 Some of the flood sites were located in mountainous rural areas and had become inaccessible to vehicles by noon, so rescuers had to walk half an hour with heavy equipment and relocate the trapped villagers with ropes, according to the local fire department.

Rubber boats have also been used for rescue, which is still ongoing. 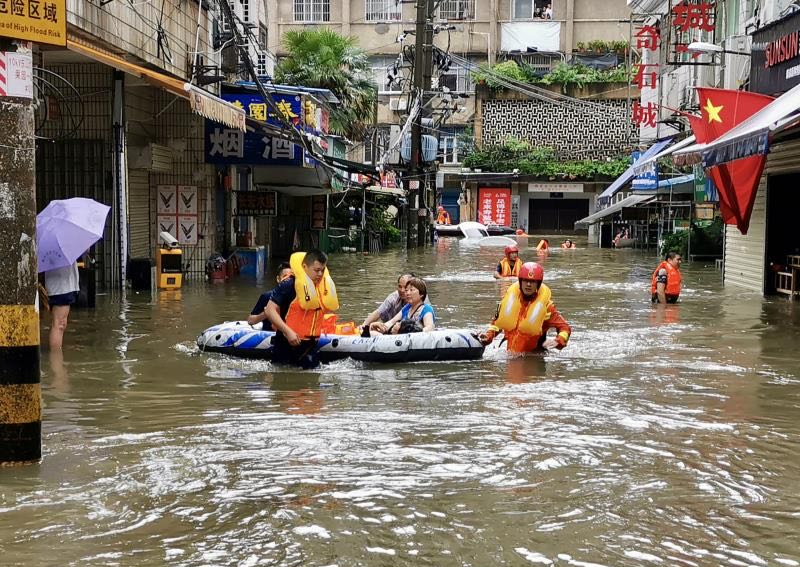