More Taiwan names on Beijing blacklist to be released, with 'real regret' on the cards

Beijing will release more names of those it views as criminally liable for supporting “Taiwan independence”, as part of its declared mission to ratchet up pressure on such enterprises and individuals.

This comes after the Taiwan Affairs Office in Beijing earlier this month released a blacklist of entities deemed “stubbornly pro-Taiwan independence”, spelling out for the first time the punishment it vowed to impose on them.

A spokeswoman for the office suggested on Wednesday that more names would be put forward.

“I can say for sure that there are definitely more than those three people on the list,” Zhu Fenglian told a regular press conference in Beijing.

“Recently some pro-Taiwan independence people have claimed that they regret not being on the list. They should not worry, the time will come for them to feel real regret.”

The Mainland Affairs Council in Taipei responded by saying Taiwan was a democratic society with the rule of law and was not ruled by Beijing.

The latest remarks from Beijing come just days after it fined mainland subsidiaries of major Taiwanese conglomerate Far Eastern Group for a range of violations.

Zhu said 474 million yuan (US$74.2 million) in fines and tax was imposed on the affiliated firms, and a parcel of land had been taken back by authorities.

“The investigation is still in progress,” she said.

Taipei-based Far Eastern Group is a major donor to Taiwanese elections and also funded a mayoral campaign for Su in 2018. 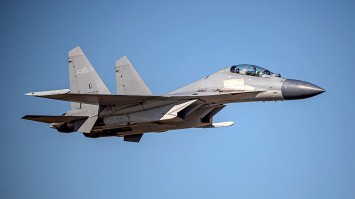 While Zhu did not characterise Far Eastern as an associate of pro-independence politicians, she warned that Beijing would never allow individuals and businesses with pro-independence views to make profits in China.

A commentary posted on the social media account of People’s Daily – a mouthpiece of the Chinese Communist Party – said the punishment meant that Taiwanese companies could not give donations to both mainland-friendly and pro-independence camps in Taiwan, as had long been the practice.

“Some people will say that it is normal for businesses to place bets on both sides as they do not want to offend people,” said the commentary posted on Wednesday.

“It may be OK under normal circumstances. But it is a different matter if the political forces supported by the businessmen are engaged in dangerous activities to split the country.”

Speaking in Taipei, President Tsai Ing-wen said Taiwanese businesses based in the mainland had helped develop its economy and society over the years and, in the free and democratic environment of Taiwan, it was up to the individuals concerned to choose which parties they wanted to support.

“What Beijing did would only cause resentment among the Taiwanese public and push the two sides of the Taiwan Strait further apart,” Tsai told a weekly meeting of her Democratic Progressive Party on Wednesday, pointing out that such actions would end up discouraging Taiwanese business people from investing in the mainland.

“We call on the Beijing authorities to stop these kind of practices to avoid hurting cross-strait trade and economy as well as cross-strait relations,” Tsai said.

Separately, Taiwan has been formally asked to join the 110 invitees to the upcoming democracy summit hosted by the Biden administration, the US State Department announced on Tuesday night.

Beijing has repeatedly asserted its opposition to any international efforts to establish official communications with the self-ruled island.