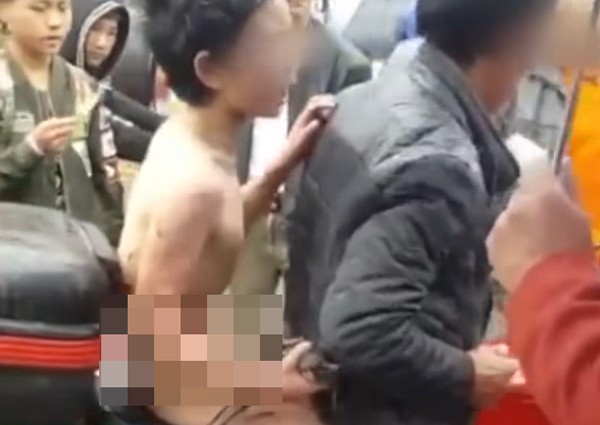 How does a parent discipline a child who has misbehaved?

For a middle-aged man in Yunnan, China, punishment for his wayward son meant dragging him through the streets on a rainy afternoon on June 30.

The boy was naked and his hands were bound by a rope that was tied to the back of his father's motorcycle.

What made passersby crowd around the duo was the sight of the child's body which was covered by welts.

In a video clip that circulated on Chinese social media, an onlooker can be heard asking the man if the boy was his biological son, and why he had beaten him so badly.

He was later seen untying his son's bindings and riding off with him in the passenger seat.

While netizens condemned the man's harsh treatment of the boy, there were others who said that he might have had a reason for doing so.

According to local media, the child is believed to have stolen 100 yuan (S$20) and run away from home.

The police confirmed that the boy was indeed the man's son and said that investigations are ongoing.