A naked woman on Wednesday ran out of a public housing building in northern Hong Kong to seek help after a fight with her live-in boyfriend.

The woman, 25, was taking a bath in a third-floor flat in Tai Yee House at Tai Yuen Estate on Ting Kok Road, Tai Po, soon after 10.30am when the dispute erupted.

An initial police investigation found that the fight with her 36-year-old boyfriend started with an argument over their relationship. No weapons were used in the confrontation.

A police source said the pair had lived together for several years and been fighting recently because the man suspected the woman had a new boyfriend.

To escape the fight, the woman fled naked out of the flat, ran downstairs and sought help from a female teacher, 24, at nearby Wun Tsuen Ng Lai Wo Memorial School, which is located in the same housing estate. 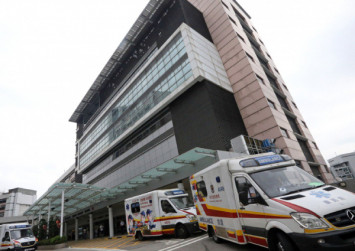 Police said the boyfriend left the scene before officers arrived.

The man was arrested soon after 5pm when he turned himself in at Tai Po Police Station. He suffered a minor injury to his chest but did not require hospital treatment.

After the investigation, officers arrested the couple on assault charges, according to a police spokesman.

As of 7pm, the two suspects were being held for questioning and had not been charged. Officers from Tai Po criminal investigation unit were assigned to handle the case.