Several witnesses said they saw a woman who looked like Wei Qiujie, the missing Chinese teacher, at the Lake Akan area of Kushiro, Hokkaido of Japan.

These encounters were at different times and places in the past few days, China News Service website reported Tuesday, citing information from the official website of the Chinese consulate-general in Sapporo.

One of the encounters was along a forest road around Lake Akan Monday afternoon. The witness reported the alleged run-in to local police. 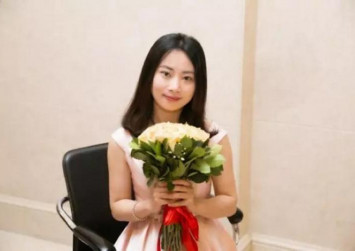 Japanese police started searching for Wei again on Tuesday morning based on clues from those witnesses, the report said. Eighteen policemen and two police dogs took part in the search.

Wei was a 27-year-old elementary school teacher from Southeast China's Fujian province. She went missing last month while travelling alone to the island of Hokkaido. She arrived in Hakodate, Hokkaido from China on July 18.

According to public reports, Wei was last seen leaving a guesthouse in Sapporo at 7 am on July 22. The hotel owner said Wei left the premises without her luggage.

A letter was later found in the belongings Wei left behind at the guesthouse, Japanese media reported.

The letter expressed gratitude to her parents and included a farewell to her family. Wei's father arrived in Sapporo on July 28. He told police that the letter appears to have been written by his daughter, said the Japanese report.