Hong Kong novelist and giant in the Chinese literary world Ni Kuang, who first gained fame for his hugely popular New Adventures of Wisely series, died on Sunday (July 3) at the age of 87.

A prolific author who specialised in martial arts and science fiction writing and also penned more than 300 screenplays, his passing was mourned by members of the city’s artistic community, who said he had left a void unlikely to be filled any time soon.

Tenky Tin Kai Man, actor and spokesman of the Federation of Hong Kong Filmmakers, confirmed Ni’s passing, revealing that he died at home at 1pm on Sunday. The cause of death was skin cancer, according to Poon Yiu Ming, chief editor of Ming Pao Monthly.

Tin said he felt “a bit lost” at the news that the city had lost over the weekend two towering figures in the arts scene, as he referred to the death of Hong Kong film director and screenwriter Alex Law Kai Yui.

“For those who are a bit old, they all know that the three greatest talents in the literary world are Jin Yong, (popularly known as Louis Cha), Gu Long and Ni Kuang. After that, no such iconic and epoch-making people have appeared,” he said, referring to the two martial arts novelists.

With the three authors passing away one after another in recent years, Tin said: “I am wondering if this is the end of an era.”

Author Sun Sai Shing, who first revealed Ni’s death after learning the news from a close friend, said he was deeply saddened.

“I only think that such a great author who was filled with conscience and wisdom had passed away. There may not be authors like him in Hong Kong any more,” he said.

Ni wrote some of the most beloved Chinese novels of recent decades, including more than 140 that were the Wisely Series, first published in leading Chinese daily Ming Pao in 1963.

The series concerned a man named Wisely who encountered strange creatures and aliens as he embarked on adventures around the world, in outer space and even in the future. The stories have been adapted into movies, TV series, radio dramas and comics.

Born in Shanghai in 1935, Ni smuggled himself into Hong Kong in 1957 and began working for a local newspaper. After publishing his first novel in 1957, he continued to write a wide range of works including supernatural and detective stories.

He also branched out into screenplays during the rise of Hong Kong martial arts films in the 1960s. Throughout the years he had written more than 300 screenplays, including The Big Boss and Fist of Fury, which both starred Bruce Lee.

Hailed as one of the “four greatest talents of Hong Kong” and one of the city’s most prolific authors, Ni won the Lifetime Achievement Award at the Hong Kong Film Awards in 2012 and the Jubilee Honour Award from the Hong Kong Screenwriters’ Guild in 2018.

Ni had been a critic of the Chinese Communist Party and had expressed his distrust in the body in media interviews throughout the years. In an interview with former Bar Association chairman Paul Shieh Wing Tai on RTHK in 2019, Ni said that before coming to Hong Kong, he once worked as a law enforcement officer in mainland China.

“I had no choice but to leave [the mainland]. The party committee of the unit I was working for decided to blame me for some crimes that I did not do … I offended him,” he said.

Ni never returned to the mainland even though his novels became popular there. Despite his criticism, mainland authorities permitted the publication of some of his works, which charmed a number of readers over the border.

On life and death, Ni said: “I just take things as they come from early on … I have experienced [being on] the verge of death a few times but survived.

“After departing the mainland, I am free without any restrictions and able to talk and think freely. I would be very satisfied if I can live these days for a few years. It has been over 60 years now and I have been very lucky.”

Shieh said he was very lucky and grateful to have interviewed Ni, adding that he had been a fan of the author from a young age.

“Ni Kuang’s works have accompanied us throughout our childhoods in the 1970s and 1980s … The Wisely series was so popular that even those who did not read very often would get hold of a Wisely novel,” he said, adding that he would always miss the author. 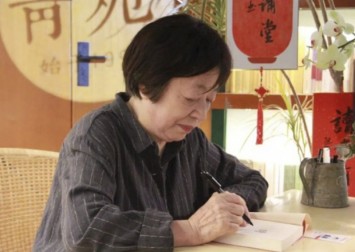 “[On the day of the interview], Ni already had some mobility issues but his mind was very clear and nimble. He spoke with his usual sense of humour and every word he spoke carried great wisdom and sharpness.”

Poon, from Ming Pao Monthly, recalled his final days spent with the author.

“Even though he had cancer, he did not act like he was ill. He was an optimistic person,” said Poon, who last visited the novelist at his home in Feb. “Every time I visited him, I could not tell that his condition was serious.”

Ni was a loving husband to his wife, who suffered from dementia, and he had hoped to outlive her so she would not be on her own, he added.

Poon argued that Ni’s works were the broadest of all his contemporaries and the novelist had once told him he had written more than 100 million words in his lifetime.

Many people thought his novels’ depictions of black holes and clones were too fantastical, but they eventually became part of scientific advancement, he added. 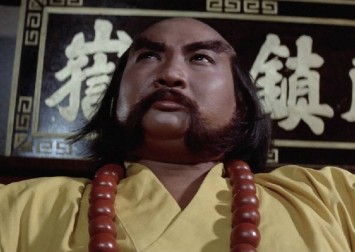 Columnist and radio host Chip Tsao, commonly known by his pen name To Kit, said Ni was the “Stephen King of Hong Kong and the Chinese literary world” and “a man of boundless imagination and prolific creativity”.

Tsao said his quasi-science fiction stories combined the essence and values of Chinese culture, such as karma and feng shui, presenting an Asian style of science fiction from a unique perspective.

He also said that Ni has accurately predicted the theories of parallel universes and artificial intelligence controlling humans more than 50 years ago with his serialised stories in the newspapers.

“His political views on China and Hong Kong were all prophetic,” Tsao added. “A genius unlikely to have a successor among the Chinese in the centuries to come.”

Retired RTHK veteran Cheung Man Sun, who was friends with Ni and met him frequently during the 1980s, said the novelist was like a “big brother” to the local media scene.

“He was a nice guy and always smiling. His smiling face is one of his trademarks,” Cheung said.

Ni was survived by his wife, a son and a daughter.