No charges after boy boards plane without a ticket

The family of a 4-year-old boy who was able to pass through security and board a plane in Beijing without a ticket was released without charges, the civil aviation watchdog said on Tuesday.

The incident, which contributed to a five-hour delay for Juneyao Airlines flight HO1252 from the capital to Shanghai, happened at Beijing Capital International Airport on Sunday.

"A family of five-two parents and three children - had never taken a plane before, and the parents had misunderstood the airline's rules, believing a child under 1.2 meters tall did not need a ticket. So they did not buy one for their 4-year-old son," said Li Jicheng, deputy director of safety of the Civil Aviation Administration of China. 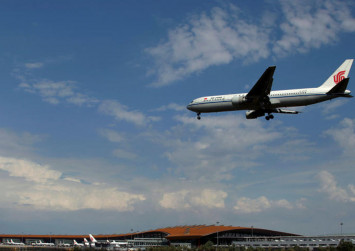 The error was discovered only when a flight attendant counted an extra passenger during a head count before departure.

The family was removed from the flight and taken to a police station at the airport. For safety reasons, all passengers were then asked to again go through a security check as an inspection of the aircraft was conducted.

Police were satisfied that the family did not attempt to sneak onto the flight without a ticket and they were released the same day, the CAAC said.

Flight HO1252 was scheduled to leave Beijing at 6:55 am on Sunday and finally took off at noon.

"The weather conditions also contributed to the delay. The child incident caused a delay of about an hour and a half," Li said.

Juneyao Airlines released a statement on Tuesday saying that compensation had been offered to the passengers.

The airline also reminded passengers that everyone needs a ticket to travel.