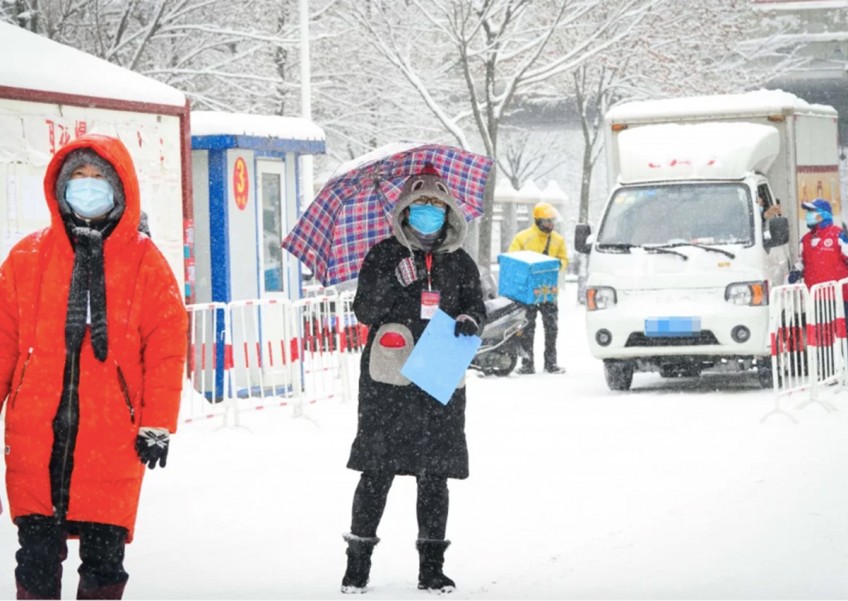 Harbin has reported 479 coronavirus infections. of which 124 were in the four districts now under lockdown.
PHOTO: Xinhua

Authorities in one of China's most northerly cities, which also serves as a major regional transport and trading hub, have placed four districts under total lockdown in a bid to contain the spread of the Covid-19 coronavirus.

The municipal government in Harbin, capital of Heilongjiang province, which borders both Russia and North Korea, said that all residents of Daoli, Daowai, Nangang and Xiangfang had been placed in temporary isolation and that all access points into and out of the districts - all of which are in downtown areas - had been closed.

With a population of more than 10 million people, Harbin is both the province's largest economy and a major commercial centre for northern China. A base for grain production, it is also home to major players in the textile, pharmaceuticals, food, aircraft, car and metallurgy industries.

Since the start of the epidemic, the city has reported 479 infections - 124 of them in the districts now under lockdown - and 12 deaths. It is one of the worst affected outside Hubei province, where the virus was first detected in its capital, Wuhan, in December, and one of only a handful outside Hubei to have imposed such tight restrictions on its residents.

The area under lockdown encompasses Taiping International Airport, which handled more than 20 million passengers in 2018, as well as several major train stations.

"Harbin is now in the peak of the epidemic and the situation is very serious," Wang Changsong, the head of the Chinese Communist Party's disciplinary committee for Heilongjiang, said in an official statement issued on Wednesday.

"We should take more strict and detailed measures to prevent the disease spreading from downtown to suburban areas."

All those with a fixed address in any of the four districts should remain at home until further notice, while those without should leave the area, the statement said.

In a separate notice issued on Friday, the Harbin government said that two district leaders had been sacked for negligence with regards to their efforts to control the epidemic.

Meanwhile, Russia, whose border with Heilongjiang stretches thousands of kilometres, has tightened its visa controls to restrict the number of Chinese visitors. North Korea earlier closed its borders with both China and Russia in a bid to keep the virus out.

In the two months since the outbreak began, dozens of Chinese cities have imposed partial and complete lockdowns to help contain the deadly virus, which as of Saturday had infected almost 78,000 people and claimed the lives of more than 2,360, almost all in mainland China.

But while several of those areas are now trying to get back to normal, as reports of new infections have slowed, many people in Harbin have accused the municipal government of being too slow to react.

"When other cities closed weeks ago, Harbin let the virus spread," said Li Qing, a 30-year old resident of Daowai.

"Now, while others are reopening and resuming business, Harbin is getting serious. Things wouldn't have been like this if they took measures earlier," he said.

Lily Zhang, who lives in Daoli, agreed that the authorities had failed to impose sufficient control measures once it was clear the virus was spreading beyond Wuhan, but said that she and her family had taken no chances.

While their neighbours had celebrated the Lunar New Year holiday as normal, the Zhangs had been in self-imposed isolation in their family home since January 25.

"We might be one of the most cautious families here," she said.