Influencer Guo meimei has been involved in scandal before.

The Pudong district police in Shanghai issued a notice in March on Guo’s detention and later confirmed the arrest.

There have been 74 other people arrested across the country in relation to the case, which involves more than 50 million yuan (S$10.2 million), according to the The Paper report.

The police received a tip in December that some people were advertising 'special dietary foods' online, but the products had added sibutramine, an appetite suppressant that is banned in China, which has health side effects, the report said.

The police had tracked the chain in several provinces and arrested 75 suspects, including Guo, The Paper said.

They also shut down three production headquarters and 24 sales headquarters, obtaining more than 65,000 pills, 34 kilograms of raw material, three pieces of machinery and more than 20,000 pieces of packaging material.

Born in 1991 in Hunan province, Guo was one of the first generation of socialites and viral celebrities, but is best known for her scandals.

In 2011, she posted a series of pictures of her extravagant lifestyle on Weibo, in which she either sported high jewellery or limited-edition Hermès purses or was seen driving pricey supercars.

She had also claimed to be the general manager of a firm called Red Cross Commerce, which caused public anger and attracted the attention of officials.

The scandal badly tarnished the state-backed Red Cross’ reputation in China, as the Chinese public raised doubts about the misuse of donations.

The organisation denied any links with Guo, who became a poster girl for the worst excesses of China’s wealthy elite.

She also confessed in a live broadcast on CCTV that her lifestyle was financed by her wealthy 'sugar daddy' lovers and she had sexual relationships with a number of men for money, as well as her casino operation. 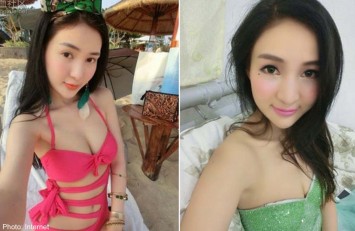 “I like to show off ... I have the vain mindset of a little girl,” she said. “There are many men who want to sleep with me no matter how much it costs.”

In 2014, Guo was detained on suspicion of running gambling sessions, engaging in prostitution and posting fraudulent information online during the World Cup.

In 2015, Guo was sentenced to five years in prison for operating illegal casinos . She was released in July 2019.