Being overweight or mildly obese is linked to reduced mortality for Chinese people aged 80 and over, challenging the optimal body mass index (BMI) for the age group, according to a 20-year study.

The findings, based on research on more than 27,000 older people in China, suggest the ideal weight for the elderly population may need to be revised upwards and more attention should be paid to preventing older people from being underweight and losing weight, researchers said.

"The obesity paradox suggested that the optimal BMI was likely to be sensitive to age and may be around overweight or mild obesity for the oldest old," the team wrote in a study published in the peer-reviewed Nature Ageing journal on Monday (April 25).

"It challenges the application of international and national guidelines on optimal BMI to this population," said the scientists from the Chinese Centre for Disease Control and Prevention and health researchers at universities in China and the United States said.

"More attention should be paid to adequate nutritional support and prevention of underweight, and the maintenance of optimal body weight and body composition in the oldest old to promote healthy ageing."

China is placing more focus on elder care as its population rapidly ages. The number of people aged 80 and over reached 35.8 million in 2020, and is expected to triple by 2050.

The BMI formula is a ratio of weight to height-squared used to determine whether a person is in a healthy weight range. The World Health Organisation (WHO) rates a BMI over 25 as overweight and over 30 as obese.

The researchers in the China study said the existing recommendations for healthy BMI were based mainly on evidence from young and middle-aged populations and did not sufficiently represent people aged over 80.

The research is based on the Chinese Longitudinal Healthy Longevity Survey covering people from 23 provinces and including similar numbers of men and women.

The team acknowledged that the BMI of the participants was relatively low, similar to other Asian populations, and that the role of obesity in adverse health outcomes needed to be further explored.

Follow-up surveys from 1998 to 2018 recorded around 22,200 deaths, of which 77 per cent had a documented cause of death. Nearly 14 per cent died of cardiovascular disease and the rest of other causes. 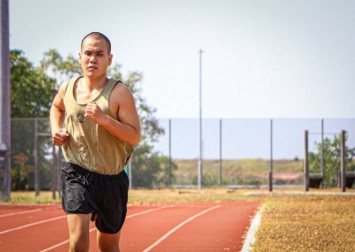 The researchers found the risk of mortality, particularly from non-cardiovascular disorders, decreased with increasing BMI values. They also observed a similar inverse association in waist circumference, a measure of abdominal obesity more sensitive than BMI.

"One possible explanation for the inverse association of BMI with mortality is that overweight and obesity may be an indicator of better nutritional status and that the benefits of better nutrition outweigh the harms caused by higher BMI.

"After the age of 60 years, body weight on average tends to decrease, and lean body mass contributes more to weight loss; this may explain why weight loss dramatically increased mortality risk," they said.

The team said the study focused on Chinese people aged 80 and over and the results might not apply to other age and ethnic groups, such as those in Western countries.

In an accompanying commentary also published in Nature Ageing, emeritus professor of medicine at the Chinese University of Hong Kong Jean Woo said the study "confirms the existence of the 'obesity paradox'; that being overweight or mildly obese is generally better for health in old age".

Woo added that it underscored the need for future studies to analyse BMI in older people.

She said body composition, which considered muscle and fat mass separately, might be more relevant than BMI in predicting health outcomes, and weight loss programmes could focus on reducing body fat while avoiding a loss of muscle mass.