The new Omicron variant of the coronavirus could be more contagious than the prevalent Delta strain, judging by a “surprisingly distant” transmission in a Hong Kong hotel, a top microbiologist warned on Wednesday, as a transit passenger who spent days at the airport became the city’s fourth case.

Medical experts from the University of Hong Kong also urged the public not to wait for a next-generation Covid-19 vaccine against the heavily mutated variant, saying existing shots were still useful.

The HKU team, which on Tuesday (Nov 30) night revealed it had successfully isolated the new variant, said it would partner with companies in mainland China to develop a vaccine targeting Omicron.

The city reported its fourth Omicron case, a 38-year-old transit passenger who arrived from Qatar last Wednesday and was confirmed with Covid-19 on Sunday. He had spent four days in the airside restricted area of Hong Kong International Airport because of a visa-related issue, testing positive when he took a pre-departure test.

The patient, who was unvaccinated and asymptomatic, tested positive for antibodies and had a low viral load. About 20 airport staff were identified as his close contacts and sent to quarantine, a source said.

The Centre for Health Protection said the man first travelled from Papua New Guinea to Nigeria on November 15, and subsequently from Qatar to Hong Kong.

Professor Yuen Kwok Yung, a government pandemic adviser who led the HKU research, meanwhile, said he believed Omicron might be more transmissive than Delta, based on the city’s first two infections of the new variant reported last week. The patients were travellers quarantined at the Regal Airport Hotel in nearby rooms.

“They never opened their doors at the same time, they never met each other, they never shared any items, and they still got infected,” said Yuen, who called the transmission “surprisingly distant”.

He added: “It is clearly a situation of airborne [transmission]. We are just a bit afraid transmissibility might be even higher than for the Delta virus.”

But he cautioned that the findings might not be representative as they were only based on transmission between two cases. Around a dozen guests on the same floor as the pair were sent to the government’s Penny’s Bay quarantine facility, but none had tested positive so far. 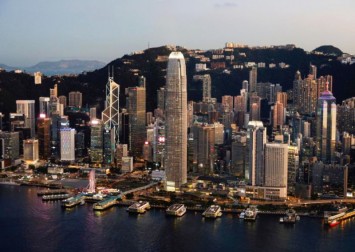 Earlier in the day, Dr Kelvin To Kai-wang, head of HKU’s department of microbiology, had expressed fears the new variant could reduce vaccine efficacy by 20 to 40 per cent, though more studies were needed. Yuen, however, struck a more positive note, urging the public not to panic as the jabs offered some protection against the variant.

“[This] is very satisfactory, especially in terms of the immunological memory,” Yuen said. “Recruitment of the immune response was very fast.”

Yuen and his colleagues urged the public to get vaccinated. He said while symptoms among vaccinated people appeared to be mild, the variant’s effects on the elderly and chronically ill remained uncertain. The public should not take things lightly, Yuen said.

To urged people not to wait for a new-generation vaccine. “If you have not been vaccinated, get vaccinated now, and you have some protection against this variant,” he said.

William Chui Chun Ming, president of the Society of Hospital Pharmacists of Hong Kong, said there was no evidence so far to suggest vaccines were ineffective against Omicron.

“The information available now is quite confusing. In addition to antibodies that help neutralise the virus, vaccines also activate cells in the immune system such as the T-cell to help fight off an infection,” he told a radio programme.

Governments across the world have imposed tough new border controls – including outright travel bans – since the variant was first discovered last week.

Hong Kong responded this week by moving a host of countries into its highest-risk Group A category for Covid-19, which requires 21-day quarantine for residents returning to the city and bars non-locals from entry.

Yuen supported the tightened approach until more was known about Omicron.

“It’s worth being tight rather than lax. When we are facing uncertainties, it’s always better to take precautionary measures,” he said.

Vaccine developers around the world have already begun to look into whether they would need to adjust their products to target Omicron.

Yuen’s team will partner with unnamed mainland companies to develop an inactivated vaccine which is expected to be made available in a few months.

His team will also use the isolated variant to further develop a nasal spray Covid-19 vaccine , which HKU is working on. It will also look into whether the variant is more likely to lead to false negative results with the current testing methods. 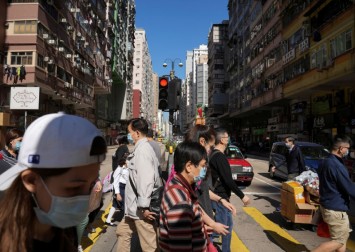 Separately, the city confirmed three new Covid-19 cases, all imported, bringing the overall tally of infections to 12,439, with 213 related deaths.

“He would likely have slept on a bench, and transit lounges and restricted areas nowadays are mostly empty unlike times of normal travel,” Hui said.

The respiratory medicine expert said rapid tracing could have identified all of the patient’s contacts, as when Singaporean authorities raced to contain any spread from two transit passengers with the variant.

Hui said the patient was considered to have a low viral load, suggesting his illness was already at a later stage and he was not highly infectious during his airport stay.

“Transit passengers are a major risk group. The government may need to consider whether there is a need to stop passengers transiting through Hong Kong with the Omicron threat and countries stopping direct flights from many areas,” he said.

“It poses risks to both airport staff and travellers.”

Short of a total suspension of transit flights, Leung recommended that passengers not leaving Hong Kong within 24 hours be tested and quarantined in a restricted area within the airport to minimise transmission risk.