More travellers have been bringing along their own sheets, sleeping bags, kettles and bathrobes after a video posted online raised public concern about the hygienic condition of hotel rooms.

Lanmei Test, an organisation that claims to be independent, released a video on WeChat of a recent undercover inspection during which its employees left marks on sheets, toilets and cups at several five-star hotels.

The marks－visible only under ultraviolet light－were still there when Lanmei employees checked into the same rooms the next day. Wang Ni, a Beijing resident who travels on a regular basis, said she would consider buying some sheets because the hygienic conditions of hotels have always been a concern for her.

"I haven't bought them yet, but I would never use the towels in the hotel room because it is hard to tell if they are clean enough simply by looking," Wang said. 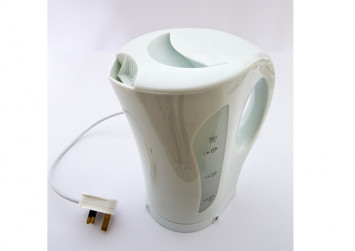 Beijing launched a citywide inspection of all its five-star hotels on Tuesday.

Hotels found with hygiene problems face warnings or fines up to 20,000 yuan (S$4,000), according to Wang Benjin, a spokesman for the capital's Health and Family Planning Inspection Office. He said the move was in addition to annual checks on hotels. Wang said authorities had since taken samples at the five hotels for testing, with the results expected to be released this weekend.

Some questions were raised over the independence of Lanmei and its intentions in releasing the video.

The verified information on Lanmei's WeChat account shows that it is affiliated with Huanyu-Huilv (Beijing) Technology Co, whose legal representative, Xiao Yi, is also the founder of qyer.com, an online platform that provides travel strategies and booking services for outbound tourists.

It can promote certain hotels over others.

Both Lanmei and qyer.com released statements saying that Lanmei is an independent reviewer, and its choice of topics is not affected by qyer.com.

Zhang Lu, director of Lanmei, said the video was inspired by similar investigations by foreign media, and was selected according to the needs of Lanmei users.

"The video was planned by us independently. We didn't accept any form of sponsorship. The video is meant to be neutral," Zhang said. In 2011, the Ministry of Health passed a regulation requiring hotels to change sheets for every guest. Photo: WeChat/Lanmei Test

In 2011, the Ministry of Health passed a regulation requiring hotels to change sheets for every guest. For long-term guests, the sheets should be changed at least every week. Star-rated hotels have stricter regulations for sheets.

All five hotels involved in the exposure released statements this week saying they had launched internal investigations.

Shangri-La Hotel Beijing said on Tuesday that it has "strict policies" in place regarding cleanliness, and that the recent media reports, which the hotel said it cannot validate, does not reflect their "high standards".

On Sunday, shortly before the video was released, the health inspection office released a report on the result of this year's inspections of 691 express hotels. Thirty-five of the hotels were fined for poor hygiene and asked to strengthen their management.

Geng Songmei, a dermatologist at the Second Affiliated Hospital of Xi'an Jiaotong University in Xi'an, Shaanxi province, said dust mites on unchanged sheets may lead to allergies for asthma patients.

Used sheets also raise the risk of parasite-related infections, although she added, "the chance is rather slim". However, compared with unchanged sheets, a used towel may pose a greater challenge, especially for female guests, he said.

"Some sexually transmitted diseases may be passed on by sharing towels and other toiletries, and female guests face a greater risk," he said.

Inside Edition, a television show in the United States, ran similar tests in New York and found three of the nine hotels it tested had unclean, used sheets.

An earlier video released in China also showed a cleaner at a hotel in Jinan, Shandong province, scrubbing a toilet with a guest towel.