A viral short film showcases the daily life of Erjiu, a disabled man from rural China.

A short film about the struggles of a 66-year-old disabled carpenter has become one of the most popular videos in China this week after the story inspired millions for its portrayal of how to deal with miseries in life.

The 11-and-a-half-minute film titled How Erjiu Cured My Mental Friction after Being Back in the Village for Three Days tells the story of the disabled man identified as Erjiu, which means second-eldest uncle, as he goes about his day taking care of his 88-year-old mother.

His nephew, surnamed Tang, made the film during a three-day visit to Erjiu’s home that was “built before the US even existed” in an undisclosed poor part of rural China.

Tang uses sensitive and often humorous narration to paint a colourful picture of Erjiu’s life, telling the story of a bright kid whose life took a dramatic turn when a treatment he received for a high fever left him with a lame leg.

The film has remained the most watched video on Bilibili, China’s top video app, since Tang, a Beijing-based vlogger and teacher, posted it on the platform on Monday (July 25).

It has attracted over 23 million views and 154,000 comments as of Wednesday afternoon. Commenters online said the short film was “healing” and “inspiring” and called the old man an “ordinary but great” person.

After the medical mishap left Erjiu disabled, the man learned carpentry and used the skill to support himself and his family.

Remaining single his whole life, Erjiu adopted an abandoned girl in the village and raised her. He even saved a large sum of money from his meagre income to finance her marriage.

Erjiu is now a full-time carer for his mother and a handyman in the village. Tang said his uncle is always ready to help fellow villagers repair any broken items such as furniture, electric appliances, door locks, stoves, or toys for children.

Whenever there is a problem, “he will always find a way to solve it”, Tang said.

The video is also filled with Tang’s own reflections on life inspired by his uncle’s experience, which attracted widespread applause. 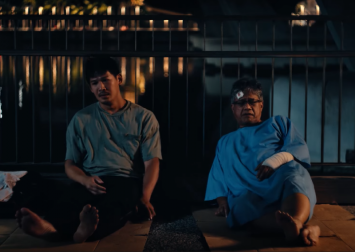 “In ageing and sickness, we are making the preparations to move between life and death,” Tang said, referring to the pain of growing old, which he said makes it easier to be at peace with death.

“Erjiu was dealt a bad hand, but he played his cards beautifully,” Tang said at the end of the film.

Tang, a 32-year-old history teacher who is an active vlogger on Bilibili, refused to disclose his uncle’s name or where he lives to prevent people from disturbing him.

However, he responded to online questions about the story’s authenticity and said: “Every single word of the film is true.”

“I will not allow anyone to know where exactly he lives, or anyone to shoot photos or videos of him because that will affect his life,” he said in a video interview with Xinhua news agency on Tuesday.

Commenting on the unexpected popularity of his video, Tang said: “It may have attracted a lot of views, but that is because my uncle lived his life well, not because I wrote a decent story.”