Marijuana abuse has become "a serious problem" for young people in China, especially those who have studied overseas, according to prosecutors in the east of the country.

The drug's use was more common in certain Western nations than in China, and with the growing number of Chinese going abroad, the risk of exposure had increased, the Nanjing People's Procuratorate said in a statement last week.

The prosecutors in Nanjing, Jiangsu province said they had handled 10 drug smuggling cases since 2017, seven of them involving marijuana, without giving earlier figures.

In one case, three young men were caught buying marijuana from a university student in the city who had smuggled in the drug and confectionery containing cannabis via international mail. The student, surnamed Song, was arrested after anti-narcotics officers detected marijuana in a parcel at customs in Hangzhou, Zhejiang province in September 2017. 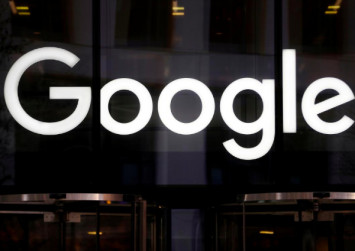 According to the prosecutors, the three men had started smoking marijuana when they were studying overseas and continued the habit when they went back to China in 2016. The men received a total of nearly 9kg of marijuana in 18 purchases from overseas dealers over a period of 18 months. Song was sentenced to 39 months in jail for drug trafficking, while the three buyers were convicted on drug use charges. One was jailed for three years but the penalty for the other two men was unclear.

The Nanjing prosecutors said most of the other cases it had seen in recent years were similar, with dealing and payment done mostly online and the drugs sent from outside China.

"The negotiations, payment and delivery of the drugs is relatively fragmented and concealed, which presents a big challenge in the fight against drug trafficking," they said.

It comes after a report on drug use in China last month said more than 24,000 people were found to have abused marijuana last year - a 25.1 per cent increase from 2017.

Abuse among people in the entertainment industry, those who had returned from overseas studies and foreigners living in China was on the rise, according to the report by the National Narcotics Control Commission.

The report blamed the trend on legalisation of recreational and medical use of marijuana in some states of the United States and in Canada.

"There has been an obvious spike in marijuana smuggling from North America and this has created a new challenge for narcotics control in China," the commission said.

Nationwide, the police handled 125 drug smuggling cases in 2018, seizing a total of 55kg of marijuana that had been sent through the post from overseas. It said the suspects were mainly people who had returned from studying or working abroad, or foreign students living in China.

Some young Chinese are also smuggling in seeds from abroad and growing their own marijuana plants. In January, customers officers in Chengdu, Sichuan province found 460g of marijuana in a parcel sent from Los Angeles marked as "toys". Officers later found six marijuana plants being grown at the receiver's flat. The receiver, a student, told China National Radio that he had become addicted to marijuana when he was living in Canada and had decided to grow the plant himself for personal use.

The possession, sale and cultivation of marijuana is strictly prohibited in China. The maximum penalty for growing more than 500 and less than 3,000 marijuana plants is five years' jail. Possession of more than 5kg of hash oil, 10kg of hashish or 150kg of marijuana can lead to a prison sentence of at least seven years, while anyone found in possession of a small amount of marijuana for personal use can be detained for up to 15 days.