A Chinese airport found itself in hot water after the outraged owner of a golden retriever alleged that his beloved furkid was abused by them.

Details of the May 24 incident was widely circulated on Weibo the next day by user @HUST_维维豆奶 , making headlines in China.

According to the post, the incident happened as the user was travelling from Shanghai to Wuhan on a China Eastern Airlines flight.

Upon landing in Tianhe International Airport, he was informed that Er Mao (the dog's name) was discovered to be missing after escaping from its cage in the plane's cargo hold.

Airport staff then informed the anxious owner that his dog had been injured in the search. When questioned, he was told that it probably fell from a one-metre high platform, and that some measure of force was required to restrain the animal.

After an agonising wait, Er Mao was eventually found and returned to the owner in a net, cowering and covered in wounds and blood-matted fur. The owner also noticed that its eyes were bloodshot.

Furious, he wrote that the injuries were "obviously from being beaten and not from a fall".

"I was extremely angry and disappointed. It feels like my own child has been hit while the perpetrators can stand there with authority and shirk their responsibility. I could not muster the thought and energy to argue with them and quickly sent Er Mao for an examination. Because its fur is long, it hid many of the injuries."

After having parts of the dog's coat shaved off, the owner was shocked to discover multiple puncture wounds on the dog's abdomen, legs, face and head. He was also told that his beloved pet was at risk of going blind after the injury to its eye became infected.

"The vet said these injuries seemed to be caused by a whip with spikes or an air gun", wrote the owner.

According to the South China Morning Post, it took eight members of staff more than 40 minutes to capture the dog after it escaped from the flight with the airport later issuing a statement saying that the animal was restrained under its emergency response measures.

"In order to prevent the dog from running loose on airport runways or car parks, which could result in severe causalities, airport employees carried out restraining measures based on aviation laws and regulations," the statement said.

However, netizens have accused the airport staff of using excessive force and questioned if it was justified to treat the dog so roughly while restraining it.

The airport offered no details on how the dog managed to escape its cage. 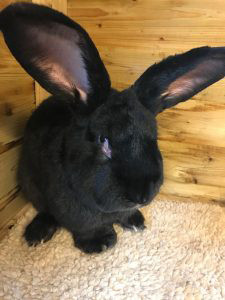 The heartbroken owner claimed that he was not instructed to secure the cage door with a metal mesh.

He also stated that the airport failed to inform him immediately that his dog had escaped, only doing so when he inquired about its whereabouts after the dog's cage failed to appear at the luggage belt.

"I had no idea that the (airport) staff could be so cruel in their treatment towards animals brought by passengers. No matter what, they should not resort to such abuse."

He said he hopes that China Eastern Airlines and Tianhe Airport will provide him with a reasonable explanation and stop shifting responsibility for the incident.