The personal price of China's war on poverty: Long days, late nights and years away from home

A worker tends to an apple orchard in Yuexi county in the Liangshan Yi autonomous prefecture, an area target for poverty alleviation assistance.

Sometimes the pressure of Li Ping’s job is so great that he can’t sleep at night.

Li was transferred to a remote, mountainous corner of southwestern China in 2016 with a mission to help raise the community out of poverty.

Today, Xide county in Sichuan province – the area under Li’s jurisdiction – is on the verge of officially reaching the goal.

Xide is one of seven counties in the western part of Sichuan that is still under the poverty line and the community is waiting to hear back from higher levels of government to know if it met the target.

But that does not mean the worry is over.

“I am just anxious whether we have used all the poverty alleviation funds efficiently and wisely,” Li said.

Li is among the nearly 3 million cadres from county authorities and state enterprises sent to impoverished areas five or so years ago after President Xi Jinping made ridding the country of absolute poverty a goal to reach in time for the centenary next year of the Communist Party’s founding.

They were sent to work as party secretaries or to take up other roles in villages. Even more were sent to do home visits and interviews.

For many of those officials, the mission has come at great personal cost – Li spends most of his waking hours on the task.

“I have worked for more than 20 years and never stayed in one position for five years like this. It is a period of slowest personal development but with strongest job satisfaction,” he said.

Han Feng, from the Sichuan Bureau of Poverty Alleviation and Development, said poverty alleviation used to be a marginalised line of work but “now it has taken centre stage”.

He said he worked around 14 hours a dayand sometimes on weekends, visiting rural areas and reporting on progress and problems to the provincial government and party committee.

“I am in charge of counties that are deeply mired in poverty and the pressure is especially great,” Han said. “We are spending government funds, taking unorthodox approaches and working long hours to make up for shortcomings to meet the deadline of 2020.”

That effort appears to be paying off in some parts of the country.

By the end of last year, the number of people living in absolute poverty was 5.51 million, down from more than 98 million in 2012, according to official figures.

The national threshold for absolute poverty is annual household income of roughly 4,000 yuan (S$800) this year.

Dong Jiaqi, head of planning and finance at the State Council’s Leading Group Office of Poverty Alleviation and Development, said part of the progress was a system that held officials personally responsible.

Under the system, top party and government leaders of 22 central and western provinces have pledged to take responsibility for implementation of the programme. City, county, township and village officials have also made similar commitments.

“Poverty alleviation is the most important job for the party secretary of a county that has been designated as poverty-stricken,” Dong said “They will remain in that post until the county is lifted out of poverty.”

The party bosses were assessed each year on poverty alleviation progress and poor performers were “interviewed” by their superiors, with the results influencing funding for the following year, Dong said.

“The [party bosses] are key leaders in poverty alleviation work. Different levels of government agencies will pay more attention to the cause if party secretaries pay attention and take charge personally,” he said.

Zhang Hengluwei has also paid a heavy personal price for the campaign. Zhang left his home and his two-year-old toddler in Mianzhu, Sichuan province, two years ago and moved to the mountainous village of Xujiashan 450km (280 miles) away to help villagers in the poverty alleviation campaign.

The villagers, predominantly of the Yi ethnic minority, lived in mud huts, had no clean drinking water and no roads connecting them to the outside world. Some were illiterate and did not speak Mandarin.

The 30-year-old township public servant spent most of the time holding training sessions, explaining government policies to the residents. 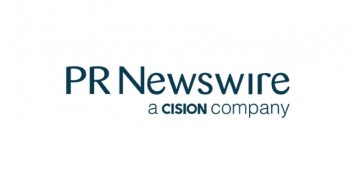 “My job is to let them know what they can do or achieve, giving them hope in the dark,” Zhang said.

A new road has been built and vegetable and pig farms set up to boost employment, allowing the village to be taken off the poverty list.

Zhang, who has only seen his family occasionally since he moved to the village, can finally go home to Mianzhu later this year. Job satisfaction seems to have made up for the long hours and time away from family.

“We talk about building a prosperous China, but you can’t call it prosperous with an affluent eastern China and poor western China. This is a very meaningful cause,” he said.

Han, who came from a rural family, said he was particularly pleased to see the campaign narrow the urban-rural divide – and to have played a part in that change.

“We say this battle for poverty alleviation is a tough war. When the war is over, I will be very proud and tell people I took part in it, just like a war veteran [marching] in a victory parade.”