Five Chinese women's rights advocates are among those charged with “picking quarrels and provoking trouble”.

In August, two Chinese activists were sentenced to 15 months in prison for “picking quarrels and provoking trouble” after archiving censored internet materials during the early days of the Covid-19 pandemic.

The broadly worded criminal charge has been widely criticised for its potential to be used to muzzle dissent. Known as a catch-all offence or a “pocket crime”, the charge has been used by Chinese authorities against human rights activists and dissidents for a wide range of behaviours.

What is the history of the law?

“Picking quarrels and provoking trouble” first appeared in Chinese law under the vague crime of hooliganism, which, according to the Chinese criminal code in 1979, could also apply to gathering a crowd to fight, insulting women, disrupting public order or consensual sexual acts between people of the same sex.

Defendants could be sentenced to seven years in prison, or even death.

The 1997 revision of the criminal code abolished the crime of hooliganism.

Homosexuality was decriminalised with this change while other acts previously prosecuted under this crime, such as sexual assault, group sex and affray (fighting in a public place) were defined as separate crimes with varying punishments.

“Picking quarrels and provoking trouble” was split off into an independent crime. Initially, it applied to four situations: 1. randomly beating others; 2. chasing and insulting others; 3. arbitrarily damaging public and private property; and 4. causing serious disorder in public places.

But in 2013, authorities significantly broadened its application to allow it to be used against those deemed to have posted and widely spread false news or rumours on the internet.

What has it been used for?

Many of those charged with “picking quarrels and provoking trouble” have been activists or dissidents who criticised the government or officials, or posted information about human rights or politics. 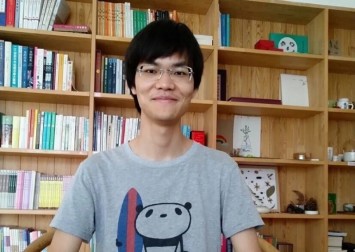 One case that attracted international attention was the detention of five women’s rights activists who planned to stage a protest on International Women’s Day against the sexual harassment of women on public transport.

The women, who would come to be known as the Feminist Five, were arrested by police in various cities on charges of “picking quarrels and provoking trouble” and detained for more than 30 days, sparking an outcry both in China and overseas.

Another case involved Zhang Jialong, a former financial journalist accused by prosecutors of posting and retweeting “a large number of false messages that defame the image of the (Communist Party) and the country” on Twitter.

Tweets by Zhang on social media, including a series he wrote on internet freedoms and human rights, were presented as evidence in court of his ideological views, according to his wife.

Zhang was arrested in August 2019 and sentenced to 18 months in prison for “picking quarrels and provoking trouble”. He was released in February 2021.

Late last year, citizen journalist Zhang Zhan was jailed for four years for the offence in Shanghai for her reporting on the coronavirus pandemic in the central Chinese city of Wuhan, where the first cases were detected.

Zhang Zhan, who went on a hunger strike to protest against her arrest according to legal sources, was one of the few citizen journalists in China to report on the early experiences of people in Wuhan during the city’s lockdown.

Others have either been detained or were ordered to stop their online reporting.

Why is it so controversial?

Since Xi Jinping came to power in 2012, Chinese authorities have repeatedly emphasised the concept of “rule of law” and launched various campaigns against corruption as a demonstration of the party’s determination to promote the rule of law.

But the number of social activists, lawyers and ordinary people arrested under the catch-all crime and convicted for what many see as simply exercising free speech has created a chilling effect and made more people afraid to speak out, critics say.

Xu Xin, a professor at Beijing Institute of Technology’s law school, said in an interview with local media that the crime of “picking quarrels and provoking trouble” suffered from the same flaws of an unclear definition, broad scope and confusing application as its predecessor, the old crime of hooliganism.

Luo Xiang, a prominent professor of criminal law at China University of Political Science and Law, went further, saying in a public lecture that the crime of picking quarrels and provoking trouble was a “disgrace to the law”.

He said that if conviction and sentencing for a crime was too vague “the police and judiciary departments will not know how to use it, and then they will use it indiscriminately, they will use it to do everything as they want, and they will selectively enforce the law (without justice)”.

Chen Jiangang, a US-based Chinese human rights lawyer, represented singer Wu Hongfei eight years ago when she was held on suspicion of “picking quarrels and provoking troubles” after posting on Weibo that she wanted to bomb government buildings.

The lawyer said that there was a lot of media coverage and support at that time, but it had now become so common to be imprisoned and sentenced for speaking out online that “it is no longer news”.

“This signals that the party’s suppression of civil society is getting worse and worse. More and more people are afraid to speak out and can only remain silent,” he said.