Pilot, flight attendant from Chinese airline grounded after fight over toilet that ended in a broken arm and missing tooth

Donghai Airlines has been slapped with a raft of sanctions and staff barred from flying after an inflight incident went viral earlier this month.

A Donghai Airlines pilot’s flying license has been revoked, executives demoted, and the company banned from adding new flights or routes after a fistfight between the pilot and a flight attendant inflight went viral online last week .

This is the most serious sanction the Shenzhen-based airlines, which flies to 32 locations in China and is owned by Hong Kong tycoon Bill Wong Cho bau, has received after a series of scandals in recent years.

Zhang was using the bathroom when a first-class cabin passenger wished to use the toilet.The pilot asked the passenger to wait at their seat, but was ignored by the passenger, according to social media posts about the incident.

The pilot saw the passenger still standing at the door when leaving the lavatory and rebuked Yang, the attendant who oversaw the first-class cabin, for “not doing his job properly and affecting flying safety”.

The toilet argument escalated into a fistfight which resulted in the flight attendant’s arm being broken and the pilot losing a tooth.

The incident went viral on social media last week and an investigation by the Civil Aviation Administration of China (CAAC) was announced on March 8.

“We have zero tolerance for potential safety hazards and will deal with the problem in the Donghai Airlines with strictest supervision, toughest punishment and most serious accountability,” Wu Shijie, a safety official with the CAAC, told reporters on Monday (March 15). 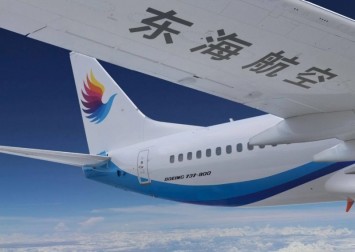 Following the investigation the CAAC said it will not accept any application for new routes, flights, overtime, or charter flights from Donghai Airlines for an unspecified time as punishment, Wu said.

The pilot has had his flying licenses revoked, meaning he is unlikely to find employment in civil aviation in mainland China again, according to a veteran pilot who declined to be named.

The flight attendant was given an “administrative punishment”, Wu said without elaborating.

The Post is not speculating on this matter, just stating what an administrative punishment usually means — which can include a demotion, a fine, or both.

The airline subsequently announced both the pilot and the flight attendant had been banned from flying with the airline for “seriously violated laws and regulations of the industry and the company”, and punished 15 executives for their roles in the incident with sackings, fines, and warnings.

The company said in a statement that the incident has caused “extremely bad social influence” and the punishment would “implement safety responsibilities and deepen safety rectification”.

It’s not uncommon for airline executives in China to be punished for serious safety violations.

In November 2019, a pilot with the Guilin Airlines invited a female passenger to the cockpit during flight, which resulted in the pilot banned from flying for life and the airline’s chairman, general manager, deputy general managers in charge of flight, operations, and maintenance demoted and fined as punishment.

Donghai Airlines has been plagued by negative headlines in recent years.

In July 2018, one of the airline’s pilots, identified only with the family name Chen, allowed his wife to be in his cockpit twice during two Chinese domestic flights.

In August 2018 another pilot for the airline, identified with only the family name Yang, drove a plane directly into the tarmac before a flight from Shenzhen to Wuxi. The airline received a warning over the incident.