The director of Duohu police station in Jinhua, Zhejiang province, was suspended from duty on Monday after a couple complained on social media that they had been "mistakenly interrogated" for adopting a dog they found on a street in June.

A Jinhua resident, identified as Ying, said on social media recently that she and her husband picked up the dog, "a slightly crippled, emaciated German shepherd", while it was searching for food in garbage near the police station.

"Feeling sorry for the dog, we brought it home and found no information on the collar on its neck," she said.

After several days, local police officers summoned and interrogated the couple on suspicion of theft, saying the dog was a police dog from the station, which was used for daily security patrols and valued at 15,000 yuan (S$2,981). 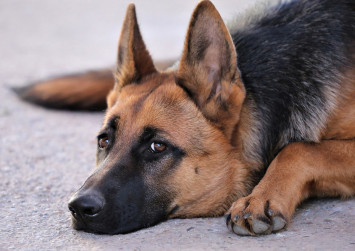 The couple were released on 5,000 yuan bail, pending further investigation.

The municipal public security bureau told Jinhua Daily that police at the station had contravened rules by failing to take good care of its dogs. The officer in charge of the dog has been sacked.

The results of an investigation into the case will be released as soon as possible, it said.