Nicholas Chew
AsiaOne
W.T.M. Why This Matters
Stories of police officers or members of the public saving trapped children locked in cars no longer come as much as a surprise to us anymore, but this story may just take the cake, at least, for now.

Pictures and a video of a police officer in China's Zhejiang Province digging a car window open with his bare hands has been going viral among internet users across China.

According to China Global Television Network (CGTN), a mother accidentally locked her two-month-old baby in her car and upon realising her mistake, quickly called for police assistance.

Police officer Wang Shuo was the first to respond to the anxious mother's calls and immediately tried using his baton to crack open the backseat window. However, the glass windows were far too sturdy to be broken that easily.

The heat of the situation was not helped by the hot weather either.

Fortunately, several passers-by stopped to offer assistance, providing various tools such as a screwdriver and a wrench, which Wang used to break a small hole in the window. 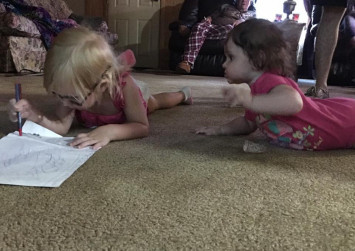 Wang was forced to stopped using the tools when he realised that the broken glass shards may cause the baby injury if they flew inwards. Instead, he proceeded to dig and break the glass out using his bare hands and fingers.

Eventually, the hole was big enough for the baby to be pulled out safely.

Wang was then quickly given medical attention by paramedics nearby, who found around 10 pieces of glass shards lodged in his fingers. However, the officer said did not feel the pain in his fingers until the incident was over.

"What's on my mind was all about saving the baby and I didn't really feel much pain at that time," Wang told CGTN.

The patience, care, and endurance Wang displayed in the video has amazed many Chinese netizens, who have been quick to praise and commend the officer's actions.