From 'positive energy' to 'chaos': How China's online fan clubs became a target of Beijing's crackdown

China’s ongoing crackdown of online fan circles, or fan quan – informal virtual communities centred around an idol – has intensified government efforts to weed out opinion manipulation in the country’s cyberspace.

Internet watchdog the Cyberspace Administration of China (CAC) has removed 150,000 pieces of harmful content online and punished more than 4,000 accounts related to fan clubs as of last week, according to a Xinhua report last week. This has prompted online services and business models associated with fan clubs to close down.

Microblogging platform Weibo , for example, announced the removal of its “Star Power Ranking List”, which encouraged competition among fan circles to raise their idol’s ranking on the list.

The CAC started in June a months-long campaign to discipline online fan clubs, which often show their support for a celebrity by doxxing and trolling rival groups.

That marked a change in Beijing’s attitude towards fan culture, which was hailed by state media a year ago as a vehicle that promoted spontaneous groups of “positive energy”.

“Although there was clearly ‘idol-culture’ in the days of Chairman Mao, capitalism is certainly driving the latest wave of the fan economy,” said Mark Tanner, managing director at Shanghai-based market tracker China Skinny, “In many ways, the fan culture is a real outlier in China ... consumers really open their wallets to their idols.” 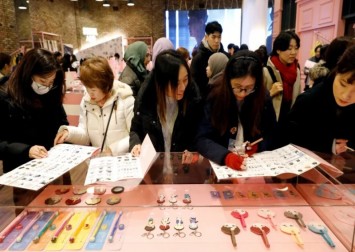 Its latest campaign has clamped down on activities that induce minors to contribute money to their idols, hurling abuse online and doxxing, which entails searching for and publishing private information with malicious intent about a particular individual on the internet.

The regulator is also stopping activities that encourage fans to flaunt their wealth, manipulate social media comments, make up topics online to hijack public opinion and use bots to increase traffic data related to their idols.

Beijing’s scrutiny of fan culture reflects how fan circles have increasingly been involved in influencing online opinions. A report this week on Chinese newspaper Legal Daily described the situation a “grey value chain that has formed around fan clubs”.

Eunice Zhang, an 18-year-old fan circle member in eastern Zhejiang province, said she used to spend many hours each day defending her idols and helping them reach a high ranking on social media platforms such as Weibo.

She indicated that a singer needs fans to climb high on music rankings, while an actor needs to stay in the top position in a star power list. “In the past, when my idols got new commercial endorsements, I would use all my pocket money to buy [the goods they endorse],” she said. “But now I only buy useful products.”

Zhang, an avid fan of Chinese boy bands and popular actors, said she has not seen any official fan circle fundraising to support their idols since the latest crackdown started.

A major turning point for Beijing’s tough stance on fan circles was the aftermath of a marketing campaign by iQiyi in May. A video circulated online where people were seen dumping a large amount of milk into sewers.

People found out that it was the result of the iQiyi reality show’s marketing campaign, which enabled fans to gain extra votes for their idols if they scan the QR codes printed inside the caps of bottled milk made by Mengniu Dairy, the sponsor of the show. Fan club members bought milk in bulk to get the votes, while discarding the unused product. 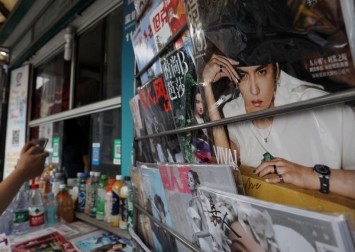 Candy Li, a 15-year-old teenager living in Guangzhou, capital of Guangdong province, said she has been in fan clubs since she was a primary school student. As a fan of a Korean-Chinese boy band, she once bought the same album eight times to help the group post higher sales.

“If you’re madly supporting a star, it will surely cost you a lot of money,” Li said. “It also means getting into fights with other fan clubs.”

Despite the chaotic state of affairs in fan circles, some of these fan clubs should be encouraged, according to an opinion piece published in July last year by the People’s Daily, the Chinese Communist Party ’s mouthpiece.

“In some public events, on core issues involving national interests, those groups can quickly show great cohesion and unity,” the commentary said. “The fan club has great potential if it can be guided in the right direction.”

It cited as an example the 2019 Hong Kong protests, when a large online group was formed around a fictitious Azhong Gege, or Brother China , to defend Beijing’s policies on the city.