Education authorities in China are investigating a student who has sat the country’s tough university entrance exam, known as the gaokao, three times at different schools and received large payments for achieving high marks.

The student, surnamed Quan, has twice been admitted to the prestigious Peking University (PKU) and was reportedly paid two million yuan (S$415,000) in total.

Quan took the gaokao in 2020 and 2021 and was admitted by PKU both times based on his high scores. At the time he was attending Beida Affiliated Experimental School in Zhanjiang, Guangdong, later renamed the Boya School in 2021.

He then transferred to Qingniao Experimental School in Huazhou in southwestern Guangdong province at the beginning of this year and sat the gaokao for a third time.

Earlier this month, the Huazhou school released a congratulatory poster praising Quan for getting the highest marks out of all 70,000 students in Maoming city which administers Huazhou.

It’s not clear whether Quan has been again admitted by PKU this year. But with such a high score, he would easily gain admission to any elite university he chose.

Both secondary schools award students who make it to either PKU or Tsinghua University one million yuan, according to enrolment advertisements.

There is no policy regulating how many times a person can take the gaokao . Chinese media has often reported on people who re-take the gaokao numerous times after they failed to achieve high enough scores to get admission to their preferred universities.

An official at the student enrolment department of PKU said it was up to Quan to take up or decline an admission offer, Shandong news site w.dzwww.com reported. 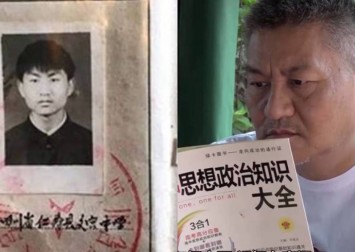 Tianmu News said the Huazhou Education Bureau is investigating Quan’s case and will release the investigation result later. Local media reported that Quan told his classmates at the Zhanjiang school that he gave up his spot at PKU the first time because the major he was allocated was not what he wanted to study.

Xiong Bingqi, director of the 21st Century Education Research Institute, said while most students resit the gaokao hoping to get into a better university or a better major, there are some deemed as “professional test takers”, who re-take the test for the lucrative incentives offered by private institutions.

“These students regard retaking the gaokao as a way to make money,” Xiong told the South China Morning Post. “For both the students and the institutions, it’s short-sighted and mercenary.”

“This student has taken up a place at Peking University. He has no credit. What he did is not fair to other students,” said one person on Weibo.

Another user said: “He makes money with his academic abilities. I just want to say that even graduates from PKU can not make that much money in two years.”