Protect all wild animals under the law, China's legislature urged

China's wildlife protection law should be expanded to cover animals that are not endangered and include tougher regulation of commercial breeding, according to proposals put before the country's top legislature.

In a submission to the National People's Congress, Zhao Wanping, an NPC deputy and vice-president of the Anhui Academy of Agricultural Sciences, said the Wildlife Protection Law should be amended to ban commercial breeding of all wild species, particularly in light of the coronavirus pandemic, news site The Paper reported on Monday.

Under the law, which was enacted in 1989 and revised in 2018, wild animals are classified as "precious and endangered" terrestrial and aquatic species as well as terrestrial animals that have "important ecological, scientific and social value".

Zhao said the law's protections should be extended to all animals living in the wild in the interest of public health.

Although the origin of the virus is still not known, it is thought to have passed from animals to humans before spreading and mutating.

Zhao said breeding of wild animals should be outlawed to reduce the risk of infection from rearing, buying, transporting and slaughtering the animals.

"Our technology cannot keep up with the changes in microbes in nature. The... pandemic is sweeping the whole world and it is more unpredictable than Sars," he said referring to severe acute respiratory syndrome. "No one can forecast how the next virus will mutate."

The NPC Standing Committee fast-tracked a decision in February to ban eating and trading in wild animals.

But another NPC delegate, Zhou Hongyu, said existing management of wild animals made it difficult to enforce the ban on consuming them. 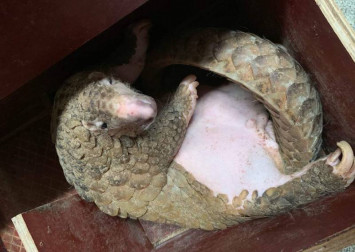 Zhou, a history professor at Central China Normal University, said wild animals were managed based on their species and not on whether they originated in the wild, complicating regulations that allow some "wild" species to be farmed, The Paper reported.

He said habitats needed to be protected and commercial breeding strictly regulated.

Zhou also urged the legislature to increase penalties for violations of the law from the present 1-5 times the value of the wild animals killed to 5-10 times.

In addition, Zhao, from Anhui, said rules should be introduced to protect the welfare of laboratory animals.

People should be punished if they ignored the well-being of the animals, such as through starvation or killing other laboratory animals in their presence, Zhao said.

He said protections for companion animals should be stipulated and people should be banned from eating dogs or cats.