Putting a price on happiness: Hong Kong Disneyland tickets to rise as much as 12%

Hong Kong Disneyland has raised its annual pass prices by up to 12 per cent, counting on local families to pay more as it struggles with six years of consecutive losses compounded by the coronavirus pandemic.

This was the sixth price increase since the theme park opened in the city in 2005. It last raised ticket prices in April 2019, charging an extra three per cent.

Tourism lawmaker Yiu Si-wing said he believed the resort's diehard customers would not be deterred by more expensive admissions, and were likely to rush to renew or even upgrade their membership level to get a better deal.

With border closures keeping tourists away for more than 20 months, Disneyland has relied on local visitors, and managed to grow its Hong Kong fan base of "magic access" - annual pass - members by eight per cent year on year, according to its latest financial year results.

But the "happiest place on earth" is a little less happy for parents, who will have to dish out 12 per cent more for platinum tier magic access for children aged three to 11. The new price will be set at HK$2,878 (S$498) compared with the current HK$2,569.

General one-day admissions on peak days have jumped nine per cent to HK$699, while child tickets now cost HK$524, up 10 per cent.

Meanwhile, a promotional two-day ticket will see a five per cent jump to HK$865 for adults and seven per cent to HK$649 for children.

Announcing the changes on Monday (Oct 18), Hong Kong Disneyland said guests could still renew, upgrade or purchase the magic access memberships at current prices on or before Nov 19. 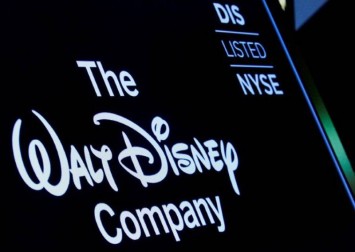 The embattled theme park posted its worst net loss on record at HK$2.66 billion for the financial year ending Sept 30, 2020, marking the park's sixth straight year without a profit.

It was only open 40 per cent of the time last year because of social-distancing restrictions, with park admissions plummeting 73 per cent year on year to just 1.7 million visitors - who were mainly local residents - from 6.5 million people.

"The theme park has managed to secure a lot of annual memberships from locals stuck in the city during the pandemic, especially families with young children, so the park is trying to make higher margins of its bestselling tickets," Yiu said, adding that overseas and mainland guests made up slightly more than half of park admissions before the pandemic.

Hong Kong Disneyland Resort is 53 per cent owned by the Hong Kong government, with the rest held by the Walt Disney Company via the joint-venture Hong Kong International Theme Parks.