A Chinese father lay down in the middle of a road begging police to detain him because his daughter could not solve a simple mathematics calculation.

The man, a resident of Kunshan in Jiangsu eastern China, said he felt “so angry and so helpless” that he did not want to go home after his daughter failed to solve a simple maths problem despite multiple lessons, The Paper reported.

“My daughter subtracted 700 from 800. She said the result is 900,” the father surnamed Gao told a police officer.

The officer helped him to stand and took him to a nearby footpath, and eventually persuaded him to go home, the report said.

The reaction on social media was predictable.

“I am sure this girl is his biological daughter. You can see his IQ is not high either,” wrote one person on Weibo.

“I suggest he go visit the depression clinic,” another user commented.

Last month, a man in Hunan went to a hospital emergency department after dislocating his jaw when he became enraged while trying to tutor his daughter.

A Shanghai publisher was stung into action when a 12-year-old boy pointed out that a picture in a textbook supposedly showing a bee was actually a hoverfly.

Cui Chenxi, a biology fan in Shenyang, Liaoning, in northeastern China, said it was easy for him to spot the error in the book from Shanghai Educational Publishing House, the Liaoshen Evening News reported.

“A bee has two pairs of wings while a hoverfly has only one pair. The belly of a bee is plump but the hoverfly’s belly is thin. Bees’ antennae are obvious, but hoverflies’ are not,” the boy said.

His mother called the publisher to inform them of this problem and an editor from the publishing house in Shanghai replied last week admitting the mistake after checking with a biology expert.

“We will change it when printing the books next time,” the editor told Chenxi’s mother, “Kids these days are amazing. They are so professional!”

A wet market in Shanghai which held a marketing event with Prada and gave customers bags with its logo is in hot water after a woman was caught dumping vegetables she bought to get the bag.

Over the past two weeks, Wuzhong Market in downtown Shanghai has been inundated with people, especially video bloggers, news portal Kankanews.com reports. 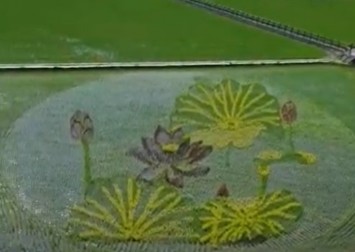 The price of the vegetables sold at the market has remained the same. But consumers who spent more than 20 yuan (S$4) received free Prada branded carry bags.

Many people admitted that they were only there to get the bags.

“It is the only Prada product I could afford,” wrote one person on Weibo.

“She is shameful! She shouldn’t take away the vegetables if she does not need it,” a user commented.

“Prada’s activity has destroyed the plain and down-to-earth traits of the wet market. I don’t like that,” a third person said.